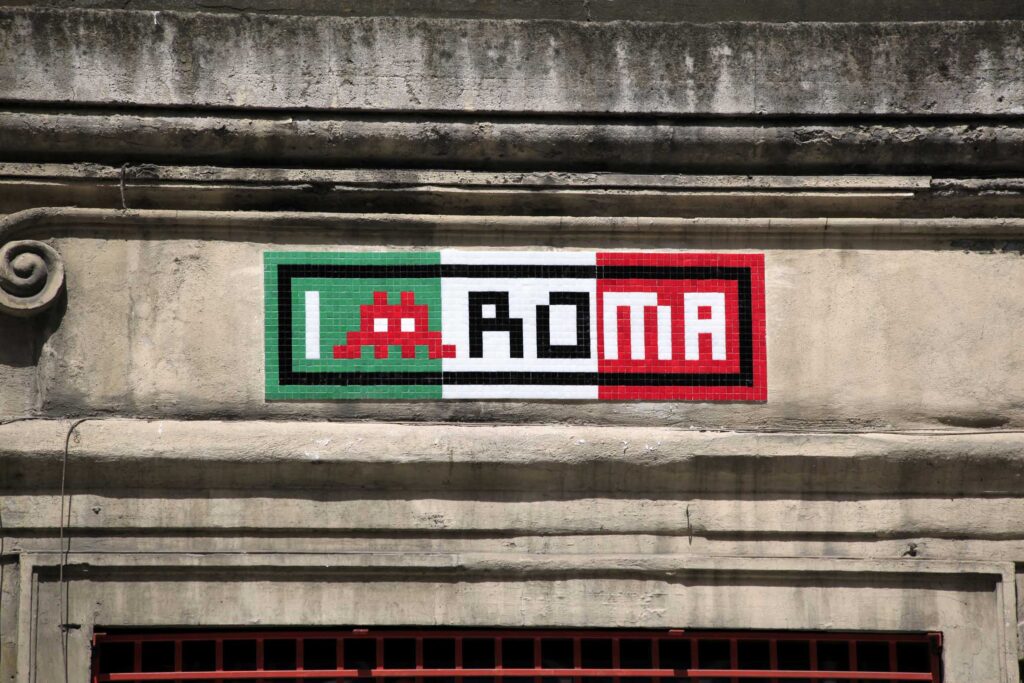 French artist known as Invader, that works on anonimity, arrived in Rome, redefining the urban texture of the eternal city by his small and pixellated aliens, related to the Arcade Game Space Invaders, created in 1978 in Japan, from which derives his name. Over the years he has decorated corners, sidewalks and buildings, all around the world, by applying mosaics representing the heroes of the game.

With the invasion of Rome occurred over the summer of 2010, the artist finally added the Italian capital in the list of the more than forty cities he had invaded so far: from Katmandu to Bangkok, from small urban centres to great city metropolises such as New York, Hong Kong, Los Angeles and above all Paris.