Valentina Vannicola’s photographic series for Wunderkammern was a significant turning point with regard to her previous work, which had been set in the more reassuring landscape of the Maremma area in northern Lazio: Living Layers, with its manifold means of interpreting a territory, has led the artist to abstract the city from its present day existence, taking it into the suspended time of a parallel universe, in which “the obsessions, suffering and secrets of the human being” come alive. On exhibition at Wunderkammern were images arising from the artist’s feelings when faced with the stories, experiences and sensations emerging from that specific urban landscape: a series of photographs that constantly combine literary and cinematographic references and see the participation of ordinary people, everyday inhabitants-actors who are drawn in, becoming protagonists in the work of art.

Photographer, but also director, costume and set designer, Valentina Vannicola (born in Tolfa (VT) 1982) graduated in Film Theory at “La Sapienza” University in Rome and subsequently received a diploma from the Scuola Romana di Fotografia. In December 2009, she held her first exhibition with the title Su(l)reale, curated by Nathalie Santini at S.T. foto libreria galleria in Rome. In 2010, she won second prize for the best photography portfolio at the Fotoleggendo Festival. In April 2011, she held a solo exhibition entitled Valentina Vannicola.Tra letteratura e fotografia, curated by Anna Cestelli Guidi, during the Festa del libro e della lettura in the section Libri come at the Auditorium Parco della Musica in Rome. In September 2011, she exhibited her latest work L’Inferno di Dante (Dante’s Hell), curated by Benedetta Cestelli Guidi, at the 10th edition of FOTOGRAFIA Festival Internazionale di Roma, at the MACRO in Testaccio; she published the volume L’Inferno di Dante, edited by Benedetta Cestelli Guidi, with Postcart, with an introduction by Niccolò Ammanniti; she took part in the exhibition Characters at the Wunderkammern (Rome), with the series dedicated to La principessa sul pisello (The princess and the pea). In 2012, she took part in the project Pink Vision-Art Science and Bricks for Vision Lab/Triennale in Milan; she exhibited at the Mia Art Fair (Milan) with bicigi photography art gallery and at Citerna Fotografia, Festival d’arte fotografica. Valentina Vannicola is a member of the OnOff picture agency.

Living Layers was a long-term project curated by Wunderkammern that seeked to stimulate interpretations of the territory found in Municipality Roma 6 and of its Living Heritage (the practices, representations, expressions, knowledge, skills of a territory – Unesco 2003) by means of contemporary art, involving artists stemming from differing realms of research, proposing transversal and previously un-exhibited interactions in urban public space. The Living Layers project, which began in 2010 in collaboration with the MACRO – Museo d’Arte Contemporanea Roma – with the young artists Alexander Hamilton Auriema and Valentina Vetturi and coordinated by Cesare Pietroiusti, continued in March 2012 with the project by the American urban artist, Mark Jenkins. 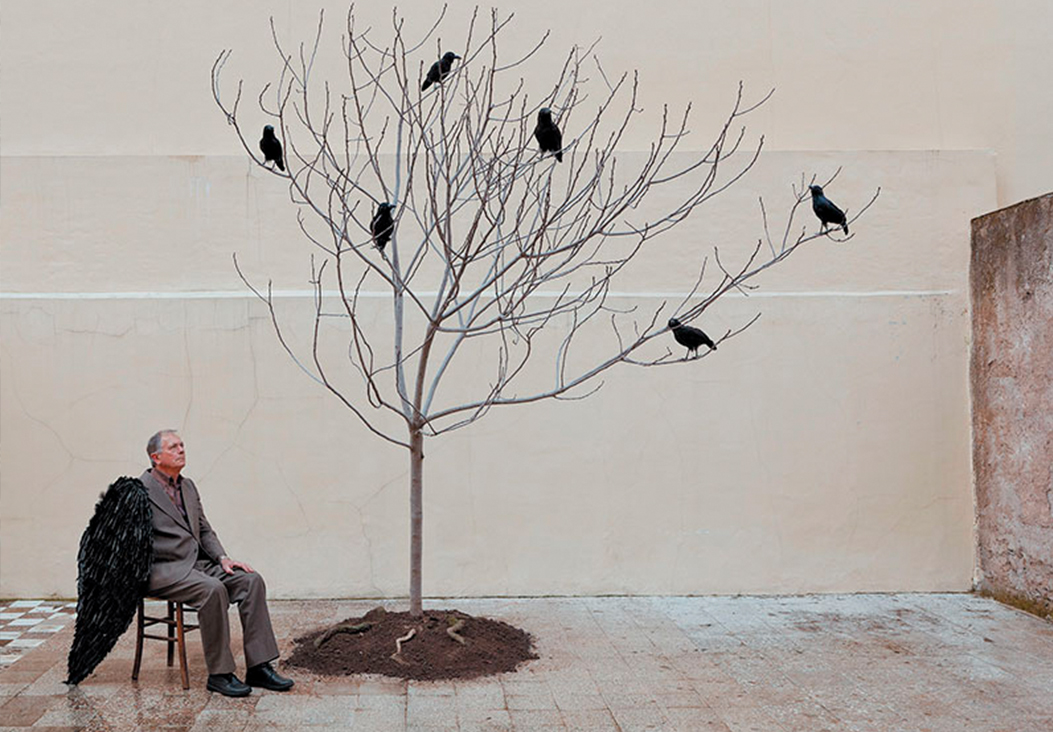