Influenced by Punk culture, Dan Witz began his career in 1979 and quickly became one of the major pioneers of Urban Art. Challenging the more traditional canons of the art world, Witz chose to focus on urban art, creating installations on the streets of various international cities and succeeding at expressing his ideas freely and directly.

Born in Chicago in 1957, Witz boasts extensive formal training that includes studying the Fine Arts as well as Design. His artistic commitment earned him numerous scholarships and prizes, as well as special recognitions from institutions such as the New York Foundation for the Arts and the National Endowment for the Arts, with important exhibitions in the foremost galleries around the world. At the beginning of his career the artist concentrated on hyperrealism, which he explored through painting. His method later evolved towards street installations, which had to be realized in a very short amount of time. As a result, Witz often works with digital images which he later paints over because, as even the artist notes, with painting he’s able to obtain certain lighting contrasts that accent the realistic appearance of the figures depicted.

For the Public and Confidential exhibition in Rome, the artist specifically created new works in which illusionistic doors, gates, and bars offer a view of hidden characters. These depictions are an extension of the Wailing Walls and Dark Doings projects started in 2012, presenting artworks from the Prisoner and the FREE PUSSY (riot) series, realized in collaboration with Amnesty International and in which the artist reflects on the freedom of thought and expression of the individual. Using this idea as a jumping off point, Dan Witz presented his new series of works, Natural History, in which he continued to consider the significance of physical “doors” that, besides signifying transition, also separate the outside world from the inside, thus generating reflections on the intersection of the public and private spheres. At Wunderkammern, Witz also presented his celebrated Animal Mosh Pits, oil and canvas masterpieces that unleash in us repressed primordial instincts, as well as his portraits of girls with cell phones, iconic of a generation in which highly personal feelings, emotions, and ideas are made public. The artist’s figurative representations are strongly connected to contemporary issues and, when contextualized in their locations, are therefore capable of piquing the public’s curiosity, specifically as a result of their profoundly realistic appearances.

The artist was in attendance at the opening and personally autographed selected copies of his limited-edition catalogue “In Plain View; 30 Years of Artworks Illegal and Otherwise”.

Dan Witz’ show launched the international project Public and Confidential that over the course of Wunderkammern’s 2013-14 season brought important Street Artists to Rome such as Rero (Paris), Agostino Iacurci (Rome/Nuremberg), Aakash Nihalani (New York City), and Jef Aerosol (Paris). Equivocating on the phrase “Private and Confidential” often used to classify secret documents, Public and Confidential investigated the dynamics of a person’s individuality in both the public and private spheres. Urban art, and more specifically the research performed by urban artist in particular, is based on the medium’s capacity for direct accessibility by the public, thus blurring the lines between intimacy, individual receptiveness, and the space in which the installations are placed. 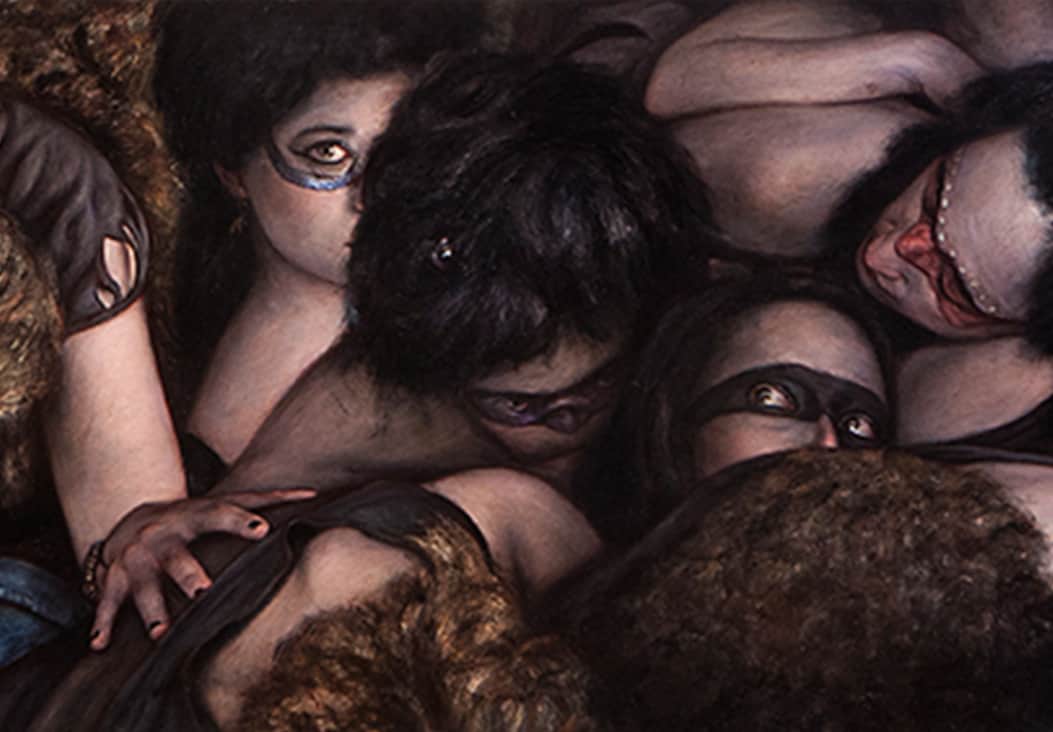