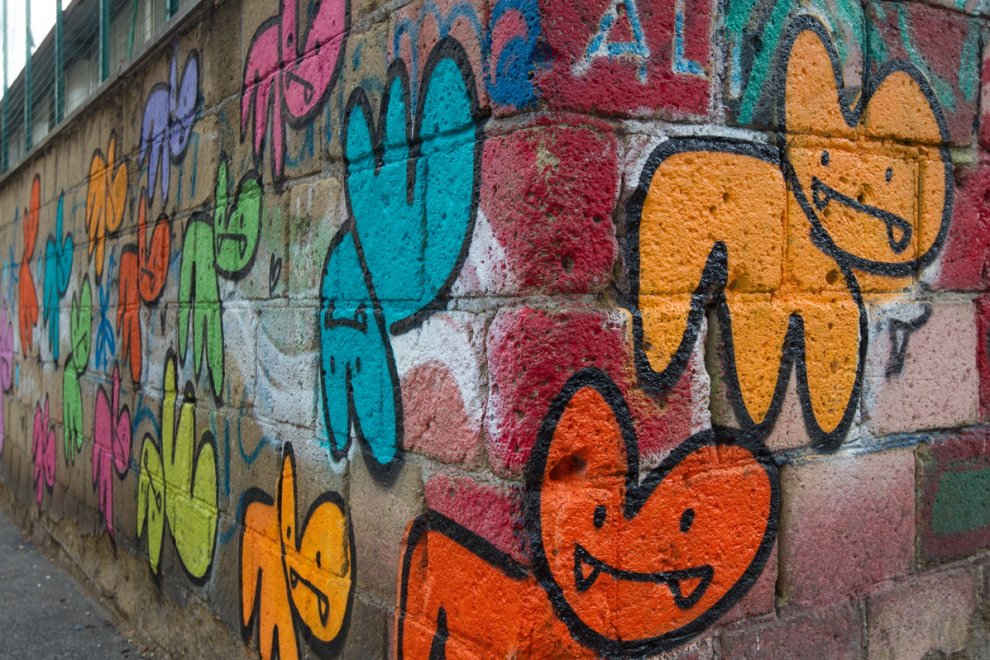 In occasion of his solo show entitled “Echoes” at Wunderkammern Roma, Pure Evil did a series of public interventions in the city. In the Torpignattara neighborhood he created two mural interventions using his most recognizable iconographic symbol, the bunny, that bursted from a symbolic exploding “Love Bomb”. Before the show, Pure Evil also performed a series of live-performances in which he created silk-screen prints in front of passerby, at the Isola Tiberina, the Fontana delle Tartarughe, the Castel Sant’Angelo, Piazza Navona and the Pantheon.