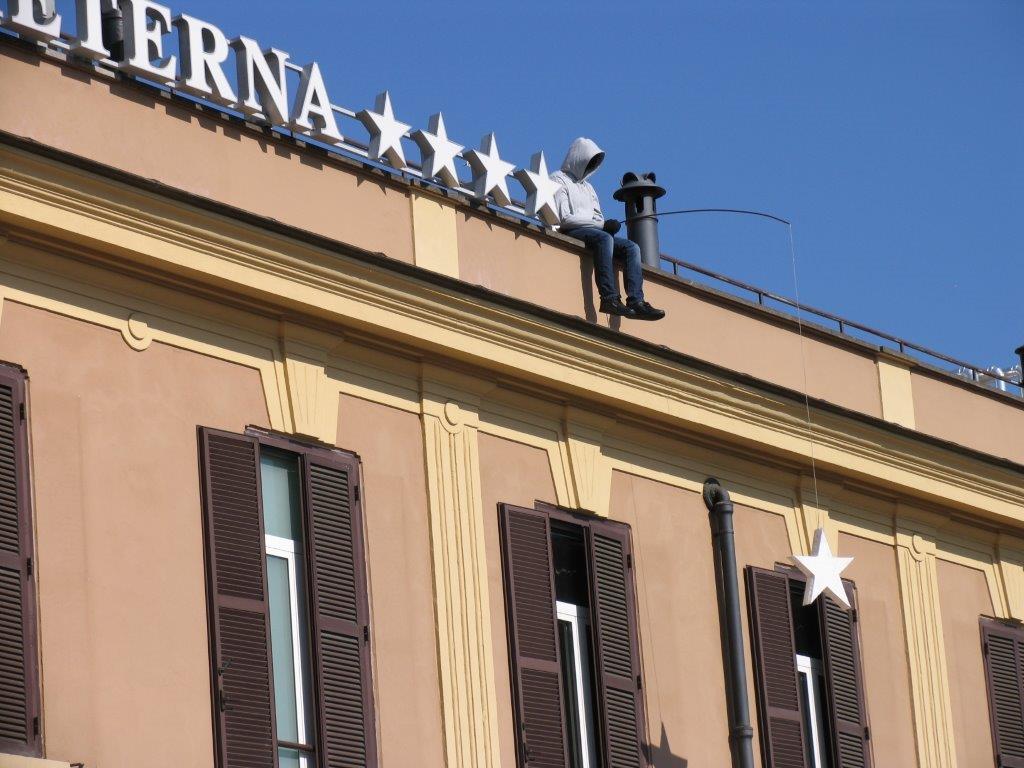 “Living Layers” was a long-term project curated by Wunderkammern that seeked to stimulate interpretations of the territory and its Living Heritage (UNESCO 2003) by means of contemporary art. The Living Layers project, which began in 2010 in collaboration with the MACRO – Museo d’Arte Contemporanea Roma and included as well the participation of the artists Alexander Hamilton Auriema and Valentina Vetturi co-ordinated by Cesare Pietroiusti, proposed transversal and previously un-exhibited interactions in urban public space.

Starting in February 2012, the artist Mark Jenkins worked in Rome interpreting its living layers through his innovative artistic interventions in the public space. His temporary installations created bewilderment and surprising effects in the passer-by and transformed the streets in an urban theatrical set to interpret the Living Cultural Heritage of Rome.