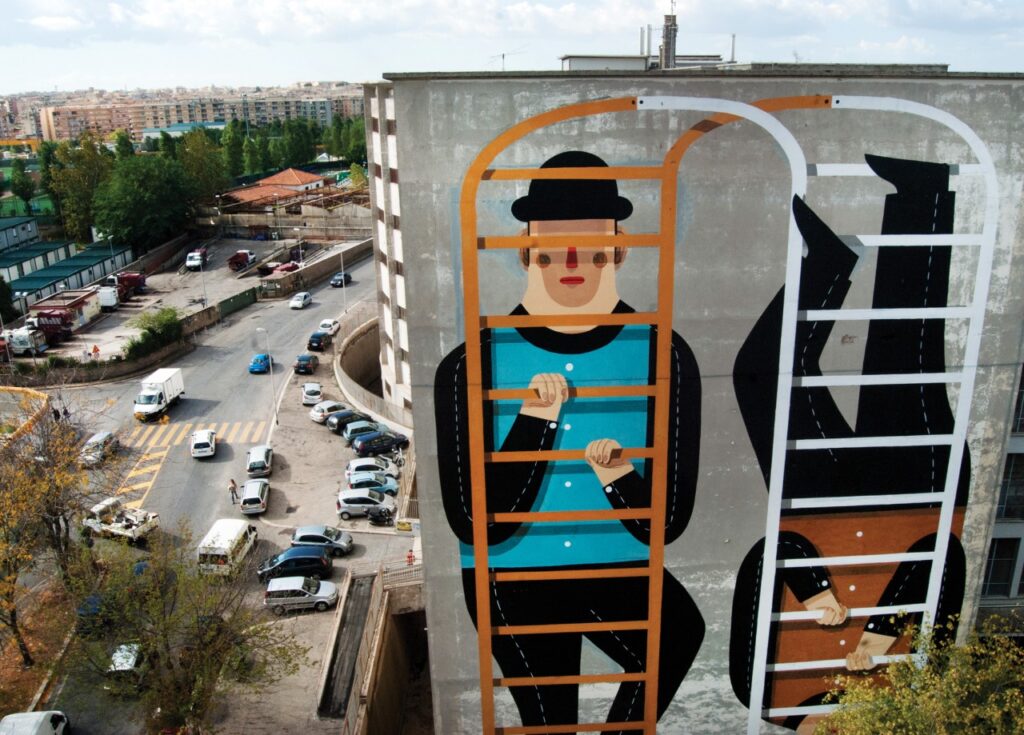 Equivocating on the phrase “Private and Confidential” often used to classify secret documents, Public and Confidential investigated the dynamics of a person’s individuality in both the public and private spheres. Urban Art and, more specifically, the research performed by street artist in particular, is based on the medium’s capacity for direct accessibility by the public, thus blurring the lines between intimacy, individual receptiveness and the space in which the installations are placed.

Each artist was invited to investigate this topic with specific interventions in the public space and new original artworks. Dan Witz’s hiperrealistic interventions in the city, Rero’s “Supervised Independence” and “Sousveillance”, Agostino Iacurci’s “Zero Infinito”, Aakash Nihalani’s “Spaced” and Jef Aérosol’s “Tom” were the mural interventions created for the project of the artistic season 2013-2014.