The Man Who Walks Through Walls and Monnalisa, December 2015 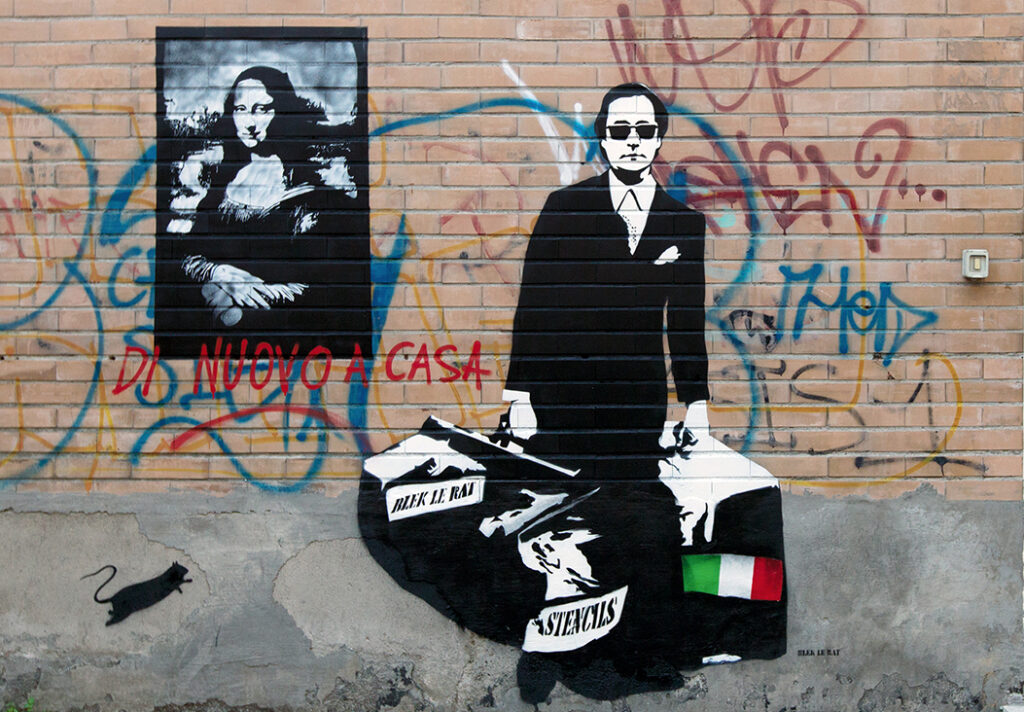 As a preview of his solo show “Propaganda”, that inaugurated the new venue of Wunderkammern in Milan, Blek le Rat did an urban intervention at Via Gabrio Serbelloni 50 in Rome.

“Propaganda” was centred on the ideas of disclosure and propagation. Even art, in some cases, has been used as an instrument of propaganda and, conversely, the latter has been implemented as a technique by artists: from the iconography of the Renaissance up to the modern-era movements like Futurism, Constructivism, Pop Art, and Urban Art. Through his works, Blek le Rat investigated this theme, which has been an important source of inspiration for him: his introduction of stencils in art is, in part, due to certain stencils from fascist propaganda that he saw in Padua when he was younger.