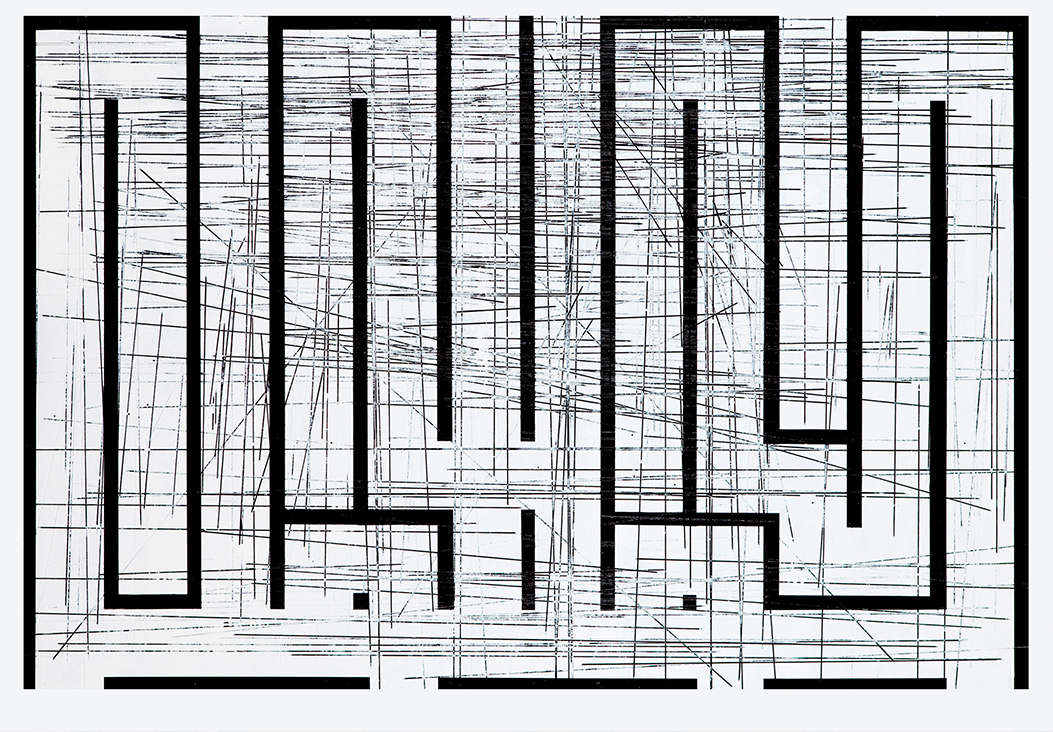 L’Atlas (Paris, 1978), is a French artist who lives and works in Paris, where he began doing graffiti in the early 1990s, becoming a major figure of the Street Art movement.

Fascinated by the history of handwriting, he has studied calligraphy in several countries and designed his own typography. He frequently works in public spaces, developing a pictorial universe where he leads the written word towards calligraphic abstraction.

However, calligraphy is not his only inspiration: urban modern architecture, archaeology, geography, Greek mythology, Oriental philosophy and astronomy are the sources of his artistic production. As his name suggest, the artist aims at creating a universal language, a writing that can be understood by everyone, but where the content comes only secondarily. Cities are represented in his works as geometrical and graphical labyrinths, primitive and contemporary at the same way. In his works he always uses black and white to make the city readable as a text and to go straight to its essence. L’Atlas has worked with different techniques and mediums, from graffiti to posters, from stencils to scotch tape. 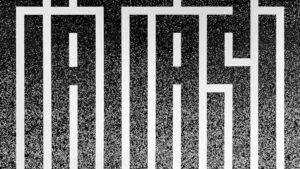 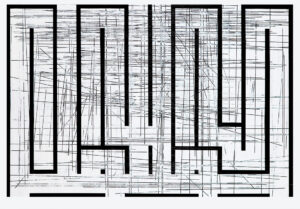