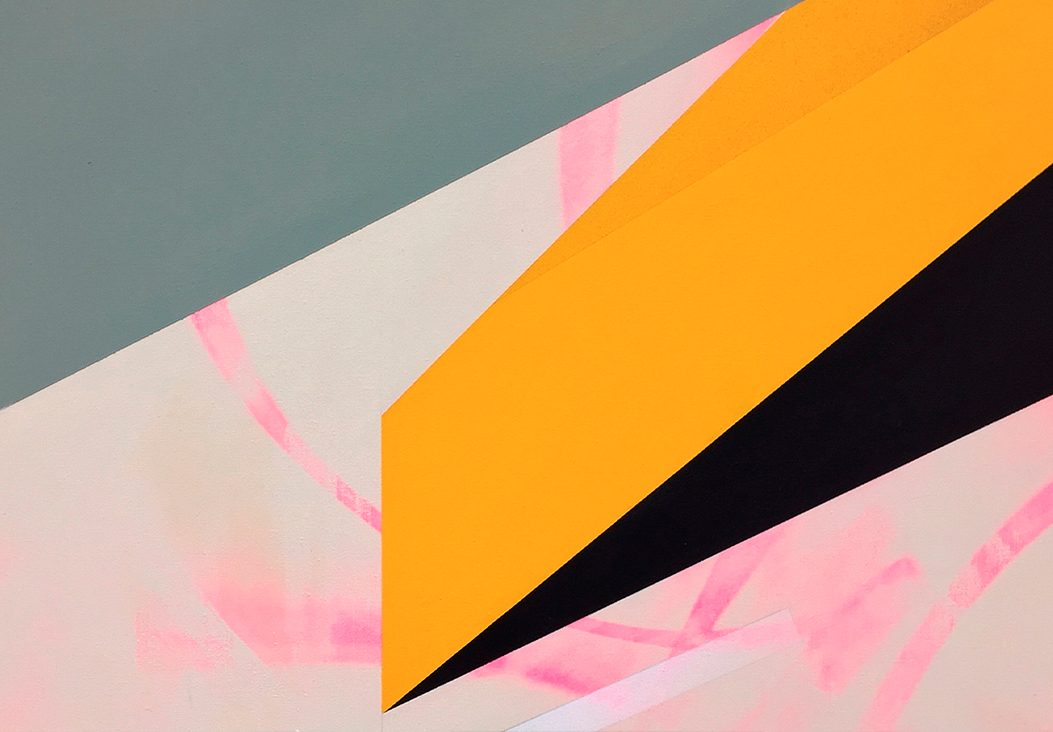 Remi Rough (London, 1971) is one of the greatest exponents of the abstract current of Urban Art. Coming from the UK art scene of the 80s, he has since then worked in the public as well as in the gallery space.

The artist combines the purism of avant-garde movements such as Suprematism, with a totally modern expressionistic energy inspired by music and the fragmented urban environment, to create powerful abstract compositions. His synthetic yet dynamic lines and neat geometric colour forms, whether on walls or on canvas, acquire an almost sculptural dimension. As music’s abstract language, in Remi’s paintings the visual elements become a chromatic system of pure forms; colours, lines and shapes are modulated as visual “chords” in a musical composition, resulting in a dynamic, yet neatly precise structure, where nothing is arbitrary and everything is in the right place.

Remi Rough has exhibited in important international institutions and events such as Artmossphere, Biennale of Street Art, Moscow (2016), the Museé Mohammed VI, Rabat and the MB6 Marrakech Biennale (2016), the Urban Art Biennale at the Volklinger Museum (2013, 2015), the Museum of Fine Art of Santander (2009) and the Maison De L’Architecture, Strasbourg (2008). 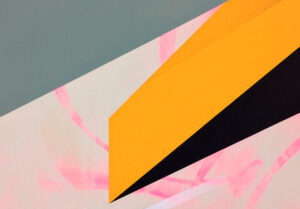