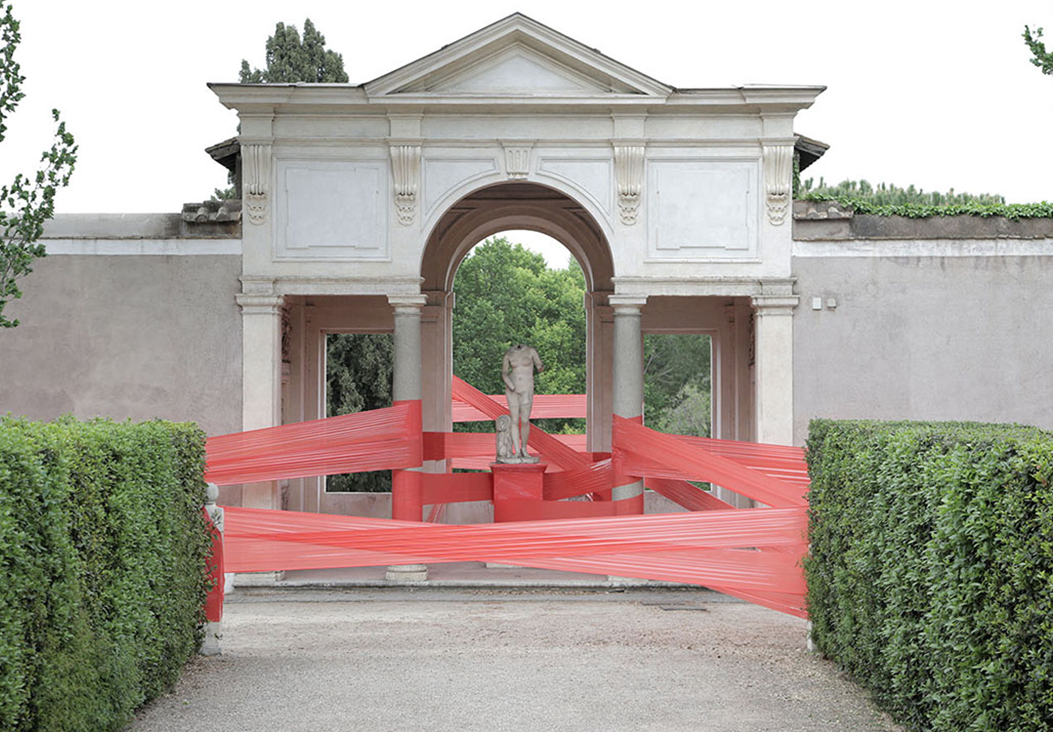 Sowat (Marseille, 1978) is a French screenwriter, film director and graffiti artist best known for his calligraffiti style and as a member of Da Mental Vaporz crew. He began painting as a teenager, in the streets, wastelands and along the railroads in Marseille.

Inspired by Cholo Writing and the work of Chaz Bojorquez, he drew his abstract calligraphy on monumental murals and exhibitions with his crew around the globe (Australia, Germany, England, Denmark…).

The meeting of Lek & Sowat happened in 2010 at a collective exhibition organized by the Graffiti Art magazine at the Celal Gallery. They shared a common taste for Urbex or Urban Exploration, the art of finding and creating things in abandoned places. Pushing the boundaries of traditional graffiti, the in situ experiments are a mix of video, architectural abstraction, installations and archaeology, creating a modern form of Urban Land Art. On 2010 Lek and Sowat found an abandoned supermarket in the north of Paris. For a year, both artists continuously wandered in this monument to paint murals and organize an illegal artistic residency, inviting forty French graffiti artists to collaborate. Together they built a Mausoleum, a temple dedicated to their disappearing underground culture, slowly being replaced by street art and its global pop aesthetics. Meanwhile the artists developed experimental video works that culminated with the films Mausoleum and Tracks Direct.

In 2017 Wunderkammern had the pleasure of hosting the exhibition Eterno, the first solo show of Lek & Sowat in Roman site of the gallery, to tell the link between the artists and the city of Rome.