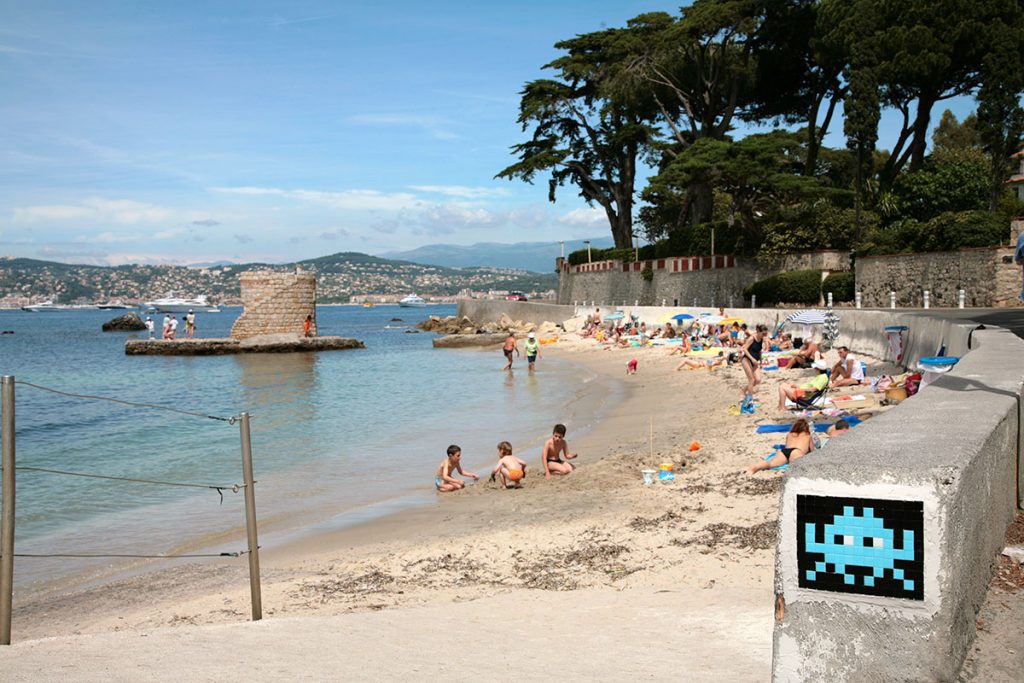 Were you able to follow the French street artist Invader on his latest invasion?

Competition game 📸: On Saturday 21th, go to any of the beaches of the French Riviera between Marseille and Cannes and stare at the sea. If you manage to spot my new invasion, post your pics and video on Instagram and tag them @invaderwashere and #beachinvasion. The three best images will win a signed copy of my latest book. Good luck!

This is how Invader, street artist of French origin, announced his second wave of invasion on the French Riviera between Marseille and Cannes. Invader returns to his homeland, France, after the 2020 incursion when he created around 90 new works in the city of Marseille.

After two long days of waiting and endless speculation, hundreds of fans were finally able to attend his performance on Saturday 21 August. Mosaics did not appear fixed to the walls of the city’s innermost corners, in space or even underwater as in Mexico. This time the protagonist was the sky: three giant white Space Invaders on a black tarpaulin measuring 21x4m, towed by an ultralight plane, flew over the French coast.

From 10am to 4pm, noses up! Everyone photographed, tagged and posted the invasion in the hope of being the prize winner and witnessing the sighting.

Lots of people took part in the competition, and @invaderwashere’s stories testified to how many people appreciated the artist’s new way of never ceasing to surprise and experiment with new ways of expressing their art!

But who were the winners? Not three as announced, but six! Our artist really loved his followers’ photos

Surely, after this invasion, the Invasion Planète Marseille map and that of the entire Côte d’Azur will have to be updated and who knows if the players of the FlashInvaders app promoted by the artist herself will have had the chance to score more points and climb the rankings after Saturday.

While we wait for the next invasion… keep following us on our Street Art blog for more insights and curiosities!