Sam3 (Elche, Spain, 1980) lives and works between Murcia and Madrid. The publication Arte Español Contemporaneo 1992 – 2013 (La Fábrica, 2013) includes him among the most important Spanish contemporary artists. His public interventions with large black anthropomorphic silhouettes are visible all over the world. Sam3’s “shadows”, as he calls them, reflect on the human condition: between refined poetry on one side and sharp irony on the other, these figures imply alternative meanings and often very provocative and subverting ones.

His exhibition Monumental was part of the Wunderkammern’s art project titled Limitless that brought to the gallery five of the most important artists of the international Urban Art scene: Sam3 (Spain), L’Atlas (France), Sten&Lex (Italy), Alexey Luka (Russia) and 2501 (Italy). This project explored the concept of limit in its diverse forms and manifestations. The silhouettes by Sam3 aspire to overcome the constraint of the human life and its temporary condition. The anthropomorphic figures represent the individual’s effort to reach a monumental glory set in a boundless eternal time. Such illusion is then interrupted when the silhouettes are driven purely by their emotions, leading them to short-sighted objectives, self-destructive fights, dictatorial conducts. They face the edge of existence.

Sam3 uses a great variety of artistic techniques, from sculpture to murals, experimenting with videos and animations. For Monumental the artist presented at Wunderkammern a complete new series of artworks, ranging from ceramics, using black and white colours, to new works with graphite and ink on paper and canvas. Before the exhibition opening, he produced a public intervention in Rome. 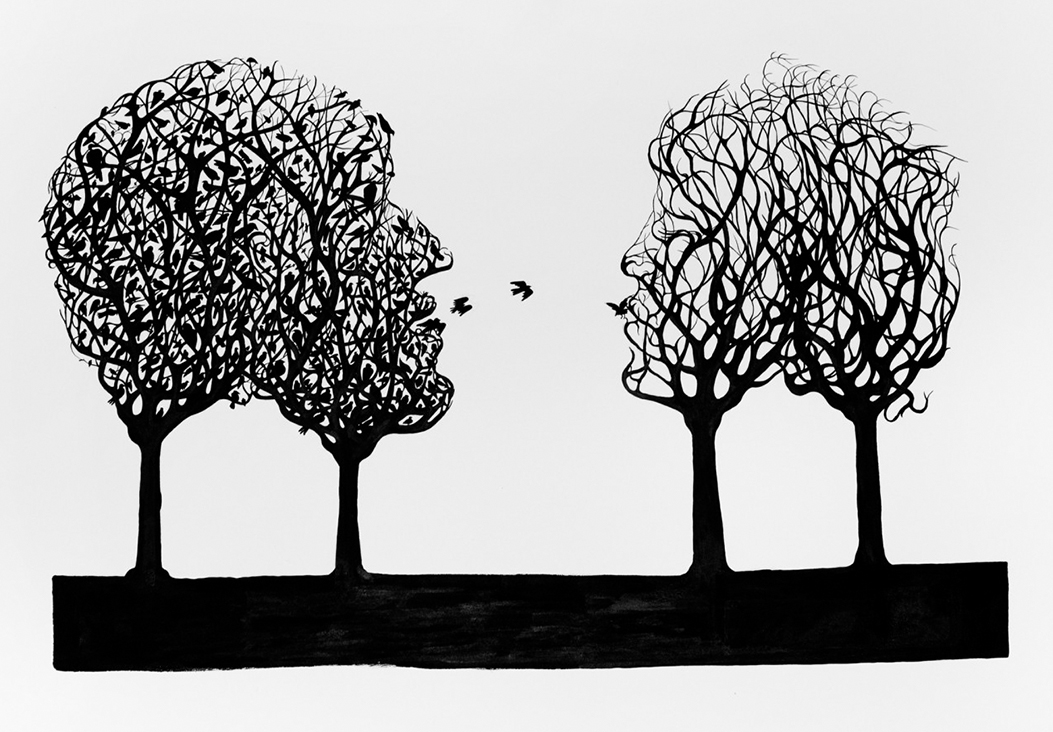