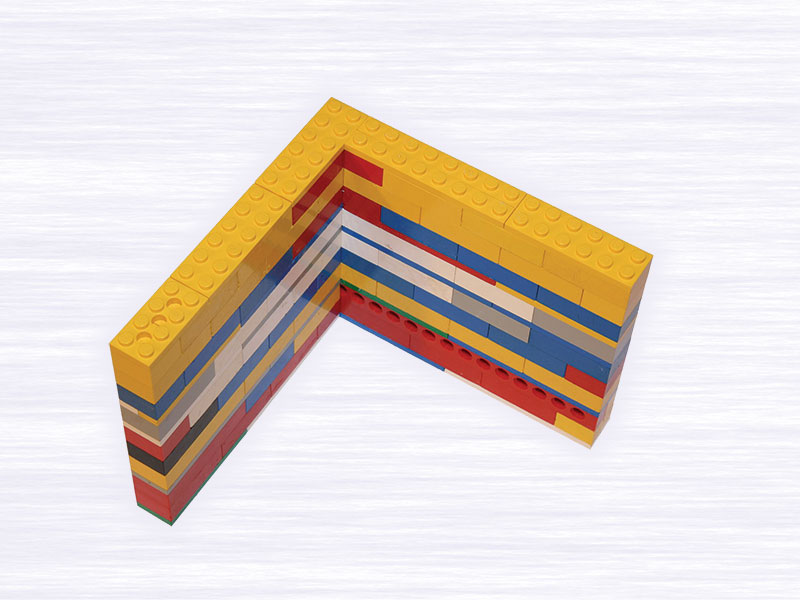 On November 2009 American artist Alexander Hamilton Auriema proposed to reconstruct a wall in Piazza San Lorenzo di Lucina for the 20th anniversary of the fall of the Berlin Wall. With the help of immigrant groups from Central Africa and West Asia, the wall standed as a testament to the still high tensions surrounding migration, borders, and local differences which were overcome in the fall of the Berlin wall in 1989, 20 years prior.

The cardboard boxes used to create the wall related to homeless individuals as well as street vendors. As the artist states, “cardboard became a catalyst for my dialogue with marginalized communities. I set out to build a vast wall constructed entirely of horizontally stacked cardboard, which was reappropriated trash. Over the course of three months I engaged migrant and homeless communities to help in the construction of this wall by asking them to help me cut and assemble its pieces. The process of building a psychical wall while knocking down social and personal barriers was contradictory; the classical, divisive functions of a wall were negated in the social circumstances of its construction. In the end the wall became a material monument or model confirming that tension: breaking down barriers while building monuments to them”.

The artwork was public participatory, involving both immigrants and people from Rome. The performance concluded with its destruction.