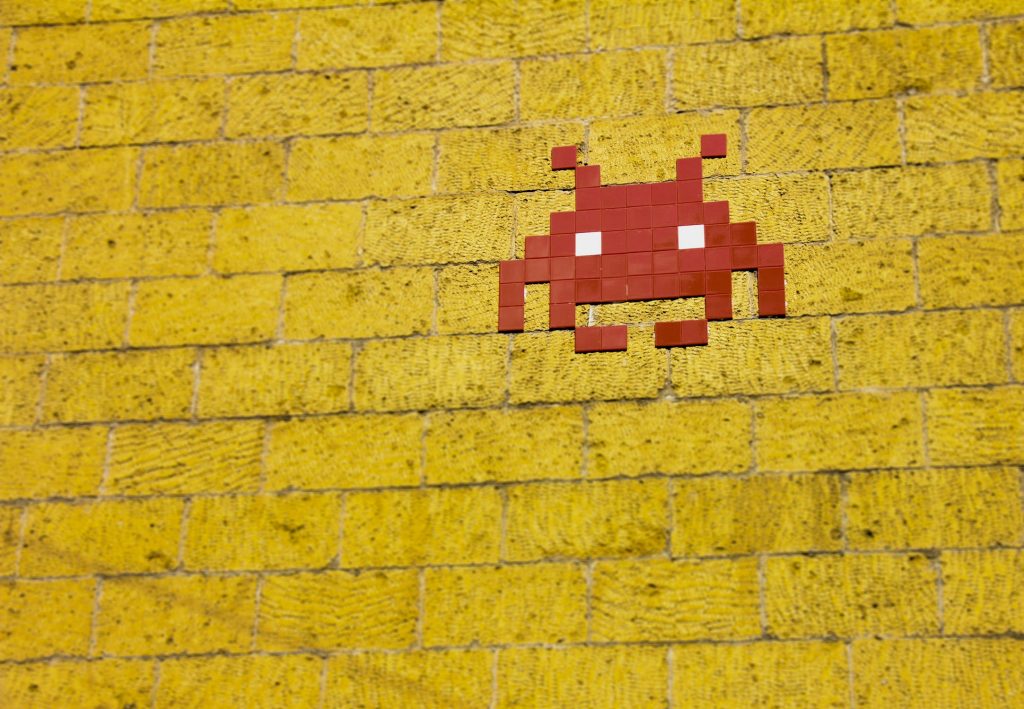 Hello Street Art Lovers! Here we are with a new in-depth article on the vast and fascinating world of street art.

We want to start by telling you about an interesting event that happened a short time ago: a work of street art has become part of the collection of the Uffizi in Florence. It is a mixed media self-portrait by the English street artist Endless. In the work, taken from a photograph, you can see the artist together with Gilbert & George, “living sculptures”.

The event is undoubtedly singular, and the director of the very prestigious museum Eike Schmidt would comment:

“Observing, in the historical collections of the Uffizi, how the Medici grand dukes were avid to grab the latest, even the most daring produced on the art scene, today they would be happy to see the work of Endless enter their collections.”

In fact, street art is a child of its time. If in the Renaissance period perspective was born and a painting technique as similar as possible to nature was outlined, today urban art is the child of a generation and a society that has lived very specific experiences.

Let’s take a look at the great debate that has opened up on the contemporary art scene and that concerns urban art: is it right to take works of art out of the context in which they were born, the street, and place them in museums?

Many are convinced that among the characterizing aspects of street art there is its transience: the works are not meant to last, especially by the same authors, who often document the works because they know that time will erase them.

Moreover, street art works often want to loudly denounce a social or political problem and use street theater to amplify the message.

Street art is perceived as an opportunity for reflection and has received recognition for its cultural importance, precisely because it settles in the “real”, “true” world and not in the impalpable, sacred and timeless world of the museum, in which it loses its power.

Street art, however, has been officially recognized and legitimized by the history of art, so why not try to preserve it? In fact, according to many people we should always try to preserve works of art, important evidence of a time and a society, as a legacy to future generations.

There are many street artists, like the artist JonOne, who are at ease within cultural and institutional spaces, also because even if a street artist makes works in the street does not exclude the fact that he can make other types of works that can be placed in museums.

“I’m trying to preserve what I’m doing for future generations, so that they can look back from a historical point of view and can understand what we were doing at this particular time in the world.”

But what if, instead, museums and institutions offered to promote and support art for the street, creating a large, open-air, diffuse museum? That way they could take care of the restoration and preservation of the works in their original context.

In short, there are no right answers, it is a debate that remains very complex and gives reason to all the voices that have so far entered it. And what do you think?

See you soon with a new insight 😉