2501- The mechanics of the process 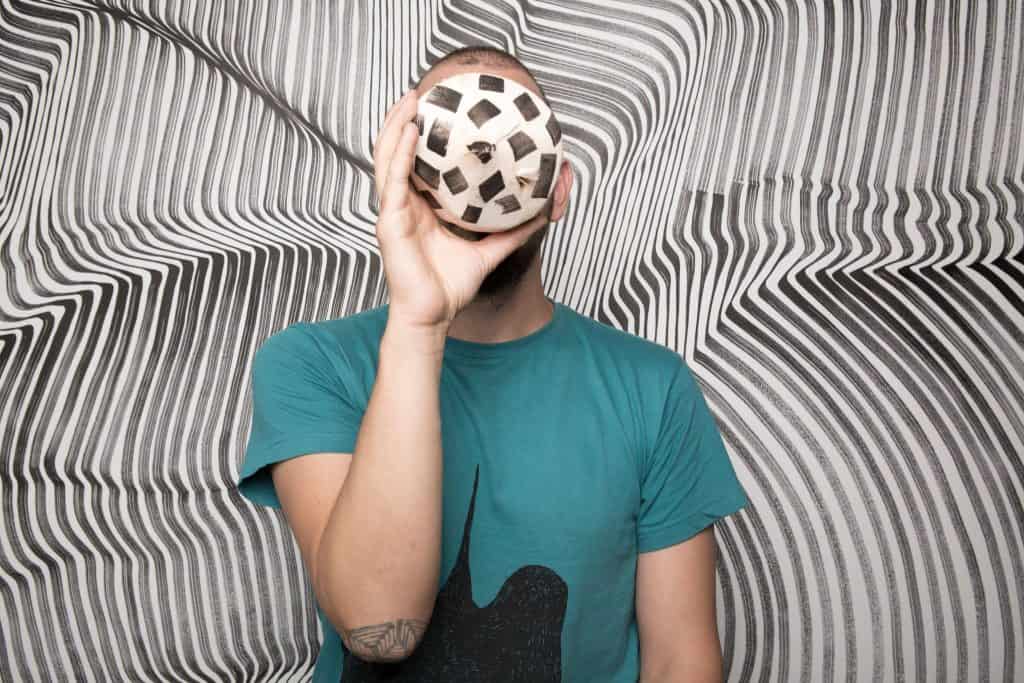 “By placing time and process at the center of my work, the preservation of works is not a priority of mine, on the contrary I think it is interesting to understand how a sign can change over time and how, thanks to external agents, it can acquire new meanings.” – 2501

Today we want to talk about a very particular artist… He identifies himself with a number, 2501, which is also the date of his birthday and the date of foundation of a certain city…

Jacopo Ceccarelli (Milan, 1981), in art 2501, is an artist whose artistic production ranges through a wide variety of media, such as painting, ceramics, photography, installations and video.

As a boy he attended the graffiti environment in Milan, painting on trains and signing as Never.

Jacopo trained to work in cinema, studying Video Editing in Milan and Visual Communication at the New Bahaus University of Weimar, Germany: his approach to reality has nothing conventional, on the contrary it is able to recognize the complexity, opening up to experimentation and proposing different interpretations.

At the age of twenty he decides to move to Sao Paulo, Brazil, to work for a magazine but ends up teaching painting to children in the favelas. Together with them he starts a public art project and this marks a decisive turning point in his artistic career. The Brazilian years in fact deeply influence who will become 2501: he sees closely the way of working of important South American street artists, such as Os Gemeos, Loomit, Herbert Baglione and Speto, which are very similar to a certain type of pictorial art, rather than writing. They recall the social interventions of Mexican art of the ‘1920s, a new way of making art, which would later become the famous current of abstract graffiti of São Paulo.

It is the city of Sao Paulo, his home for almost five years, that strikes him to the heart with its rhythms and architecture, with its contradictions and freedom.

The subjects of 2501 recall time, the artist gives great importance to the act of painting itself and many of his outdoor works start from this reflection. A work such as Dynamic Influences, which recounts the interaction between shadows falling on architecture and graphic traits, was created from a very precise study: he observed the wall for a solar cycle, analyzing the movements of the shadows and then from there creating the work. Jacopo in fact often works without any preparatory sketch, as he prefers to remain neutral until the moment of execution of the work.

Another fundamental theme of 2501 art is the relationship of antithesis (but also of symbiosis) between negative and positive and how the two elements continually alternate in his works.

Experimenting with lines, colors, black and white, India ink, spray paint and free compositions, 2501 creates works placed between dream and reality and his murals now populate neighborhoods globally, such as Los Angeles, Rome, Detroit, Ulan Bator, Kiev and New York. Jacopo in fact today travels all over the world and is one of the most respected and sought after artists in the environment. He has also participated in very important festivals, such as O.BRA, Living Walls, ALTrove, Art United Us, Artmossphere Biennale, Walk&Talk, Wabash Arts Corridor, Outdoor, Mural, Traffic Design, Painted the Desert Project.

His most important projects include Nomadic Experiment, a sort of mental map of his work, in which he collects, through a video in progress, his personal artistic archive and the series “La Macchina”. “La Macchina” is a participatory project conceived by 2501 that became part of a solo exhibition at the Museum of Contemporary Art in Lissone, in 2016. The heart of the exhibition was the development of the painting medium through the relationship between man and machine. The audience interacts with different devices designed by the artist, composed of rollers that mechanically rotate on paper ribbons. Moving back and forth in a loop between the audience and the surface, the track keeps changing, thus creating new and unexpected works. The basic idea is to confuse the audience and the artist, thus allowing the audience to become the creator of the work itself.

If you want to deepen your knowledge on this talented artist, continue to follow us and stay updated! 🙂