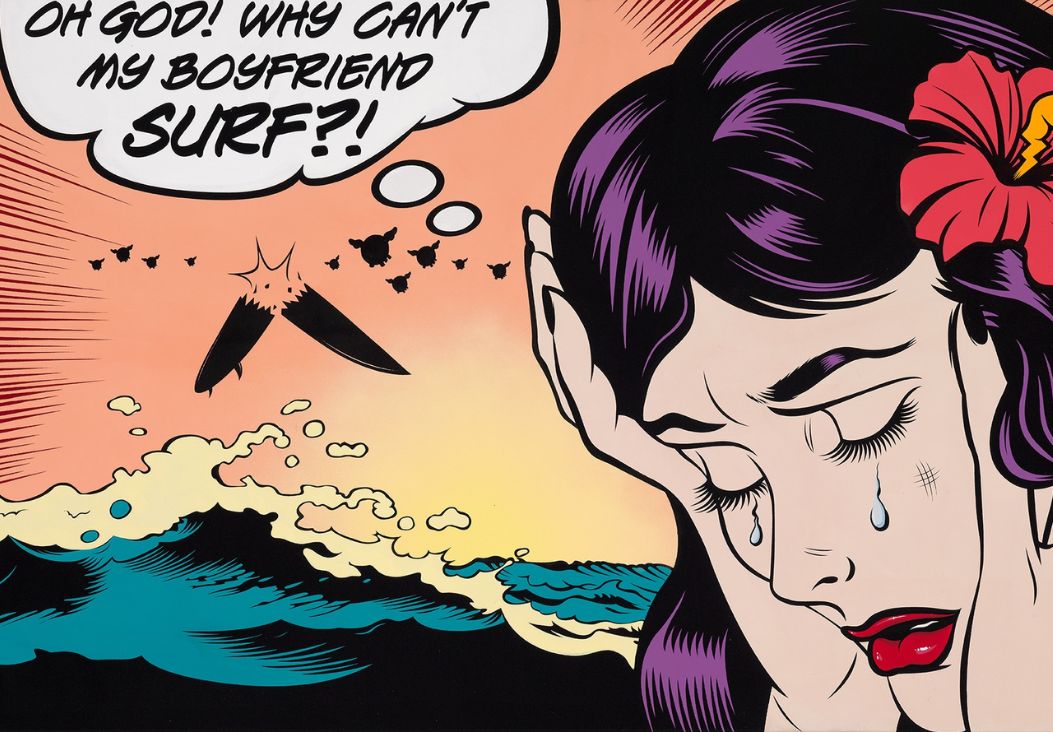 D*Face (Dean Stockton, London, 1978) is one of the most prolific and popular contemporary street artists.

He grew up in the British capital, but the United States, the American dream, skateboarding, hip hop, punk and rock music have always been present in his mind. From an early age he cultivated a passion for drawing and his first encounter with Street Art came at the age of 15 thanks to Henry Chalfant’s Spraycan and Subway Art report on graffiti and Thrasher magazine’s coverage of skateboard deck graphics.
His passion soon became a profession and before dedicating his life entirely to art, D*Face worked as a freelance illustrator and designer. His distinctive style is recognisable through the use of pop imagery influenced by the work of Andy Warhol, Roy Lichtenstein, the André the Giant has a Posse campaign designed by Shepard Fairey in 1989, the language of advertising and the universe of comics and cartoons. From here his dysfunctional characters come to life, always accompanied by a thought or statement that questions our society always in search of fame and excessive materialism.

D*Face’s characters began with the artist’s freehand drawing and then, over time, evolved into stickers, posters, stencils until they became canvases and large murals that decorate the walls of buildings in cities such as London, Paris, Madrid, Miami, Mexico City, Dubai and Tapei. HPM’s represent a unique method of working for D*Face, existing somewhere between printed editions and on canvas originals. Much like a piece on canvas the first part of this process is the application of colour and usually the stage in which the most experimentation tends to occur. Often preceding a final canvas, HPMs allow the artist a slightly more liberal approach to working – varying paint strokes, colour ways and techniques give each number within the edition its own distinctive characteristics. In many ways they are a deconstruction of the final piece and give an insight into the thought process of the artist. Once the colour is applied by hand, the works are then given their final, defining layer via screen-printing, the same as typical edition would be but on a much more limited scale. The final outcome mediates the working process of D*Face and the route by which he produces a final canvas.

Among the most noteworthy partnerships are the one with Shepard Fairey, esteemed American street artist and friend with whom he has created numerous four-handed works, and the one with Banksy. In 2004, D*Face started printing his own graphics on banknotes and circulating them so that his style would become part of the collective imagination. This attracted the attention of the Bristol street artist who contacted him for a collaboration; together they produced a limited edition of prints that sold out in no time. In 2005, alongside famous street artists such as Banksy, Invader, Ben Eine and Paul Insect, D*Face participated in the fourth edition of Santa’s Ghetto, a touring group show organised by the artists themselves from 2002 to 2007 in December with the aim of challenging the logic of the market and selling their works at affordable prices to the public.

In 2006, Death & Glory was the artist’s first solo exhibition and consecrated him to success; since then, D*Face has exhibited in solo and group exhibitions in galleries all over the world.

This is Tooltip!
No related exhibition were found 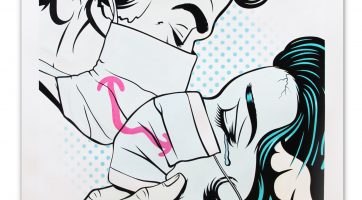 This is Tooltip!
D*Face: aPOPcalyptic art
This is Tooltip!
The artist we will present to you today is one of the greatest internationally renowned street artists. With his unmistakable style, D*Face has become famous all over the world. Dean Stockton, aka D*Face, was born in the British capital, but the American dream between skateboarding, hip hop, punk and rock music will accompany him throughout...