Ludo, one of the most innovative and promising artists on the urban art scene, made his first appearance in Italy in 2011 at Wunderkammern. The young French artist has left his mark in major cities throughout the world (Paris, London, Zurich, Oslo, New York, Los Angeles and Chicago), with surreal and bewildering works that are perfectly integrated with the context in which he places them. Ludo’s creatures emerge from reassuring greyscale images blended with acid green that is poured onto paper, sending out a message of humility for contemporary society. Elegant and vindictive, the artist’s creations belong in fact to the series Nature’s Revenge and Bugs: plants and insects drawn with botanic precision, which have evolved into mechanical, chemical and technological hybrids as a way of defending themselves against people’s aggression. With his latest series, entitled Co-Branding, major brands like Chanel, Dior, Calvin Klein, H&M and Benetton were transformed into aggressive and inappropriate images that nonetheless seem perfectly in line with the aesthetic canons of contemporary publicity, thus contrasting consumers’ inurement to bombardment by multinational brands promoting luxury and much more.

On the occasion of his exhibition at Wunderkammern, Ludo presented a series of works on paper and silkscreens and sculptures from the series Nature’s Revenge and Co-Branding, as well as lightbox installations from the Co-Branding series created specifically for the gallery. Images of a proud and haunting nature, where the aesthetic canons of advertising are filtered by the artist’s ironic and mocking eye. 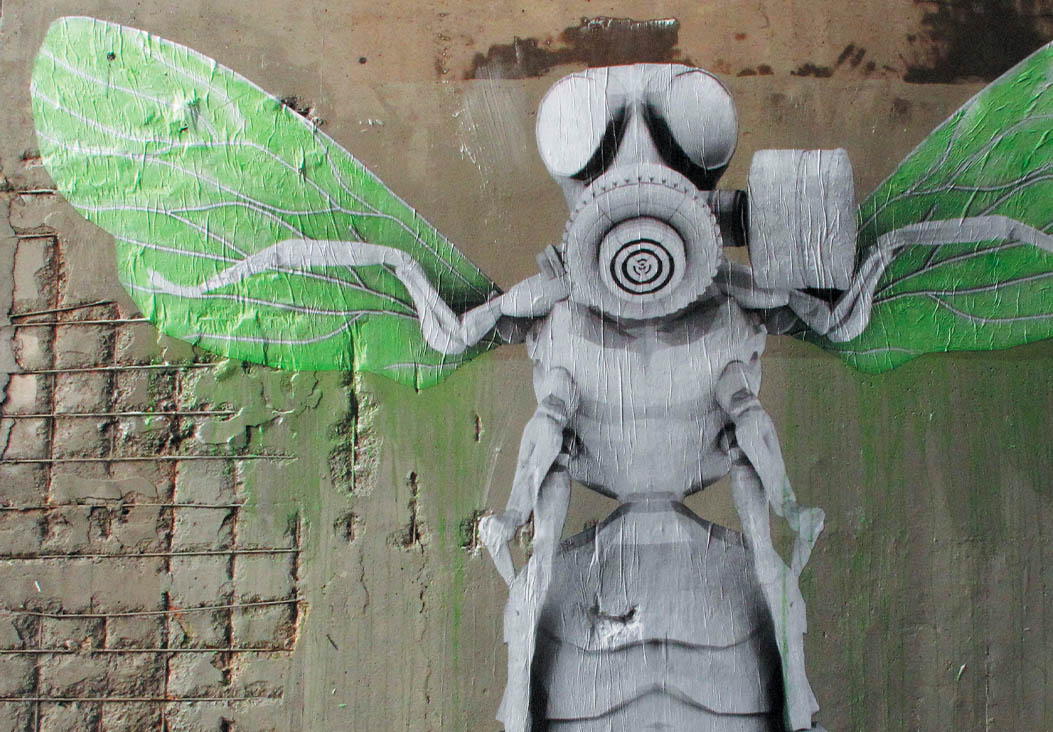