Thomas Canto (1979), is considered one of the most promising French artists on the contemporary art scene. He has exhibited in important institutions such as the Palais de Tokyo in Paris (projection of the light painting short film « All senses », 2012), and created installations for the Nuit Blanche in Paris (2014), the Outdoor Urban Art Festival in Rome (2014), the Urban art Biennale in Volklingen, Germany, (2015) and the Mohammed VI Modern and Contemporary Art Museum, Rabat, Morocco, (2015). He has recently made an installation for the K11 Art Foundation in Hong Kong, that will be exhibited at the Wuhan Art Museum, China, in 2016.

The artist transposes his personal vision of the environment directly into his art by creating an abstract and multiple projection of the disorganized entanglement related to the experiences of life. Inside his visionary landscapes, strongly influenced by the surrounding architecture, no fixed bearing is any longer conceivable. The displacement of vanishing points in Thomas Canto’s highly complex constructions is what confers them their unique dynamism. These visual effects are present in both his environmental installations and his atelier artworks, that preserve indeed the same dynamism and volumetric feature. Thomas Canto is able to convey in his work multiple artistic influences, among which Constructivism, Suprematism, Op Art and Urban Art.

Still lifes of space time, Thomas Canto’s first solo exhibition in Italy, mirrored the artist’s unique research, based on a constant exploration of the three-dimensional space, of pure aesthetics and performative experience. By combining painted surfaces and nylon wires on his artworks and installations, the artist produces an abstract and complex universe and gives rise to new geometries through shadows and light variations that in this exhibition filled the gallery space. Space and time are fundamental notions in the artist’s works; when facing them, the spectator ceases to be a simple observer, instead he is immersed in an overall experience that actively transforms his perception of these dimensions and is constantly pushed to assess reality through new perspectives.

For his exhibition at Wunderkammern, Thomas Canto created an indoor site-specific installation with a video mapping projection, allowing the audience to directly experience his art inside the gallery space. He also presented new mixed media artworks, realized with painted wood and canvas, nylon wires and plexiglass boxes and a special limited edition lithography was released, produced by the historical Idem studio in Paris, in collaboration with Print Them All. The critical essay was presented by Achille Bonito Oliva. 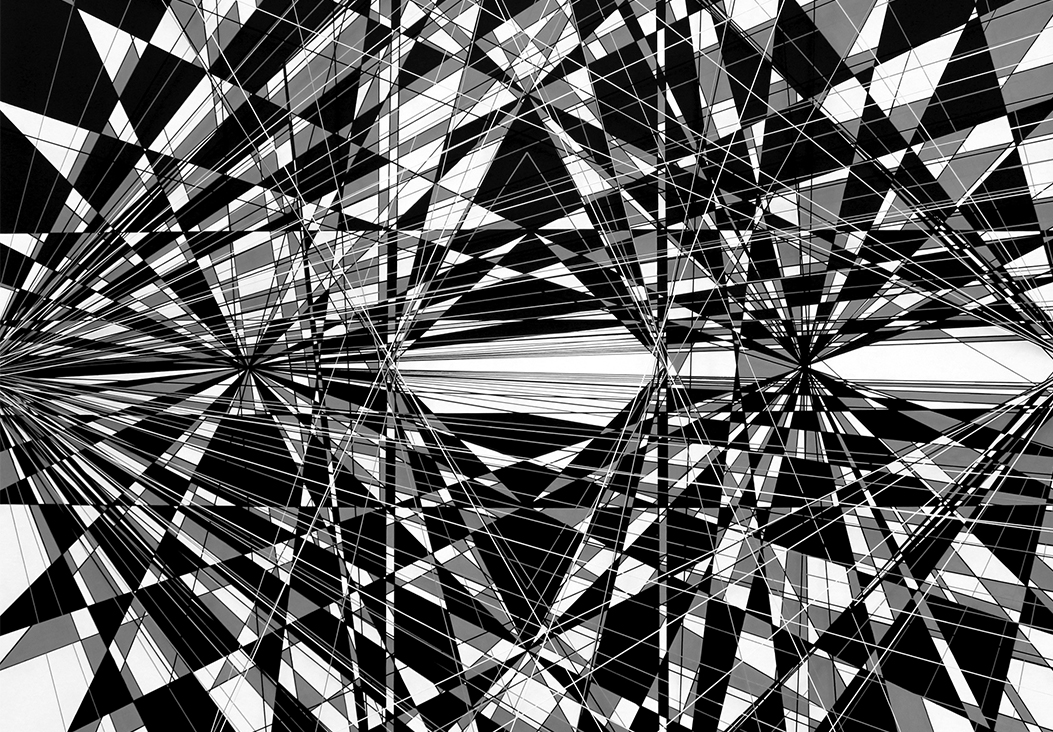