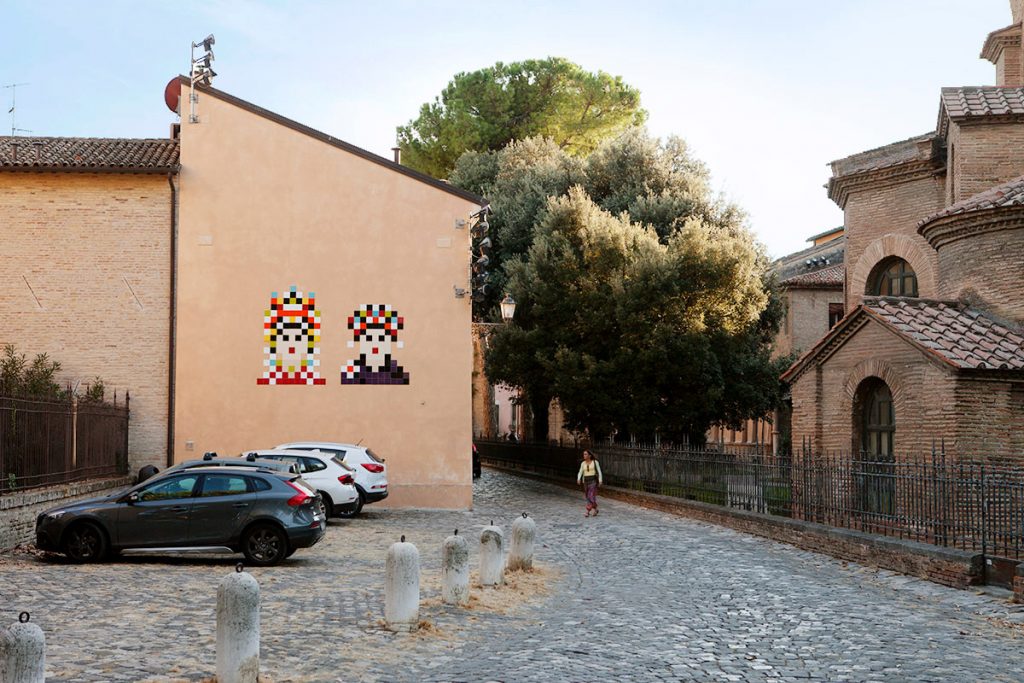 “In removing mosaics these individuals are forced to destroy the piece and, for that, must purchase new ceramics to repair or recreate the work. I find it hard to believe that there are people willing to buy unauthenticated mosaic tiles, since anyone could simply go to their home depot and redo them themselves.” – Invader

Today we want to tell you about a particular story that involves our beloved artist Invader! It seems in fact that, on several occasions and in different cities around the world, someone had “stolen” his characteristic mosaics inspired by the video game Space Invaders.

In the city of Rome, a few years after the famous Invasion of Rome in 2010 curated by Wunderkammern (by us!) in which Invader had made interventions in different parts of the city, some works have mysteriously disappeared. The affected areas are the Esquilino district, the Termini station area and Garbatella.

And it is the same happened in 2017 in Paris, an event that the same Invader has denounced through his social channels. They would have in fact been seen by several witnesses of people intent on detaching from the walls his tiles. Once confronted, they would have pretended to work for the City of Paris, which denied any kind of collaboration and filed a complaint for “usurpation of public functions”.

Also in Ravenna, in front of the Basilica of San Vitale, two mosaics would have disappeared into thin air: the representations of Theodora and Justinian. Is there a single responsible party behind these thefts? It is not known, but the competent authorities are investigating.

This operation also destroys the works, because for the type of tiles that the artist uses a safe removal is impossible. The “thieves” then are forced to replace the tiles, making the work even less original.

But why steal? There are probably people willing to buy his pieces on the black market, but always be wary! If you want to expand your collection with a work by Invader, go only to qualified galleries, like ours, able to provide you with a certificate of authenticity!

Until next time then, with other interesting insights 🙂