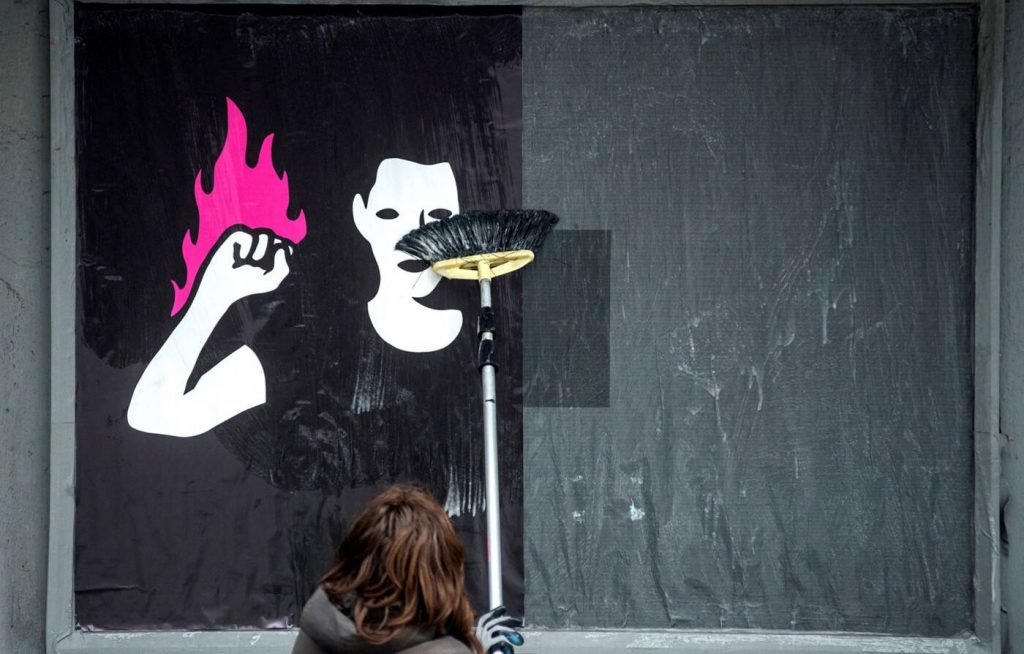 “Being an artist has given me the possibility to make my voice heard louder. At the same time, on a human level, having the chance to be an activist through my work represents my chance to do something for a better world.” (Mp5 – Interview for Gucci “Chime for change”)

The combination of art and fashion has fascinated generations and generations of artists for centuries. The pursuit of the art of showing the most hidden and sensitive side of the human soul meets with an aspect, often obscured by the economic machine behind a brand, that is the social value of fashion as an expression of customs and the new needs of citizens. Just think about the revolution of Coco Chanel and Yves Saint Laurent when they designed the first trousers in the 50s and 60s as a symbol of women’s emancipation.

Among the most recent examples, Gucci activated the “Chime for Change” campaign in 2013 to support gender equality by collecting the voices of people who fight for rights and equal opportunities every day. For his latest campaign with the slogan “To Gather Together”, the creative director Alessandro Michele called the Italian artist Mp5 to create his new graphic identity in full street art style. And here we find the link between art and fashion, accompanied by its subsequent evolution: street art as a means of communication not only for a brand, but also for a collective need.

The idea of ​​this project was to create stylized black and white figures, like MP5 style, on huge facades of buildings in different cities, such as London, Milan, New York, Taiwan and Hong Kong. The figures are linked by two geometric elements, which represent the symbol of the same, which cover the attributes, making it impossible to identify the gender.

For Mp5 it is not the first collaboration for rights and equal opportunities. Over the years, in fact, she has had the opportunity to actively collaborate not only in public art projects, but also in graphics and illustration in support of women’s rights. Just think of the images created for “Non una di meno” and the cover of the podcast “Morgana”.

The “Non una di meno” movement was born in Argentina in 2015 as an activist group against femicide and any form of male violence against women. In a short time, it also arrives in Italy, with the same intent, engaging with numerous campaigns and events at the national level. MP5, whose commitment to the collectives of the queer and feminist movement was already very active, collaborates with them in the illustrations, which have now become iconic, especially on the demonstration on 8th March.

“Morgana”, on the other hand, whose cover of the podcast on Spotify was created by the artist herself, tells the stories of women who during their lives, they have tried to fill the gender gap at work with men. All through the words of Michela Murgia and Chiara Tagliaferri.

In all his works, the figures are recognizable by the marked black and white stroke and have a reference to the theatre and classicism, probably due to her theatrical scenography studies at the Academy of Fine Arts in Bologna. It is therefore no coincidence that it was the artist herself who created the interiors of the Gucci Garden in Florence, where the drawings refer to Renaissance paintings, clearly inspired by Greek mythology.

Keep following us, to discover other collaborations like the one of Mp5!