Orticanoodles present “Inside” at the Studio Museo Francesco Messina in Milan 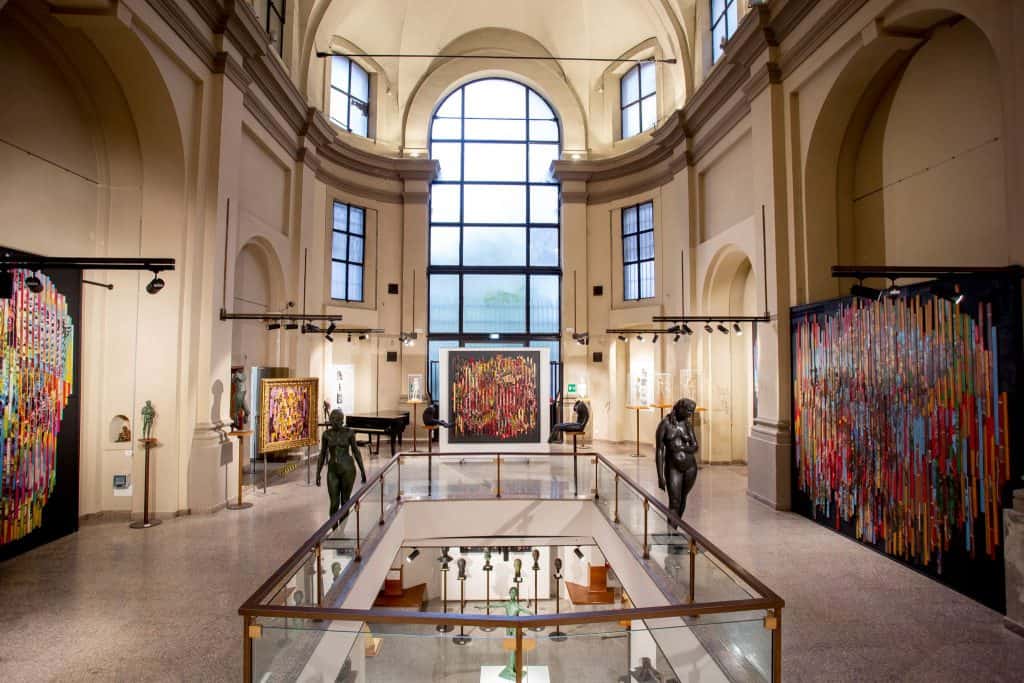 Orticanoodles is a collective that was born in Milan from the meeting of Walter Contipelli and Alessandra Montanari. The duo later expands, becoming a real factory of artistic production to which other artists join. The name recalls the union between the nettle, a weed as well as known Milanese neighborhood, and the noodles, a type of very soft pasta. After the first murals in urban spaces, the preferred means of expression soon became the stencil, which will remain a trademark of the group through which it gives life to a pop imagery that prefers the representation of natural elements, the human figure and the urban landscape. For Orticanoodles Milan remains an important place, a center of experimentation and creativity: you may have noticed the beautiful murals of these artists around the city.

Dialoguing with the space and the works of Francesco Messina, with “Inside” Orticanoodles bring urban art inside the museum space, opening to a new unprecedented comparison. Through the expressive power of mural painting and thanks to the techniques of stenciling and dusting, already widely used “outdoor” by Orticanoodles, it is possible to notice an interesting mix between internal and external space, between the bronze sculptural works of Messina and the freshness of street art. In particular Orticanoodles use an original technique, called “codici” by them, which consists in the juxtaposition of wooden strips depicting anatomical, floral and urban details, which intertwined generate new senses, acquiring monumental character.

The basement floor tells about “Cemetery”, urban buildings and pop collections, while the upper rooms of the museum see another important protagonist: the body, in particular the female portrait. Studied and loved by Messina, it is here revisited by Orticanoodles, which transfigure it through pop languages and references to the world of old school tattoo.

Have we intrigued you? Then we just wait for you in via San Sito 4, weekdays only, from 10 am to 5,30 pm! Keep following us for interesting news!