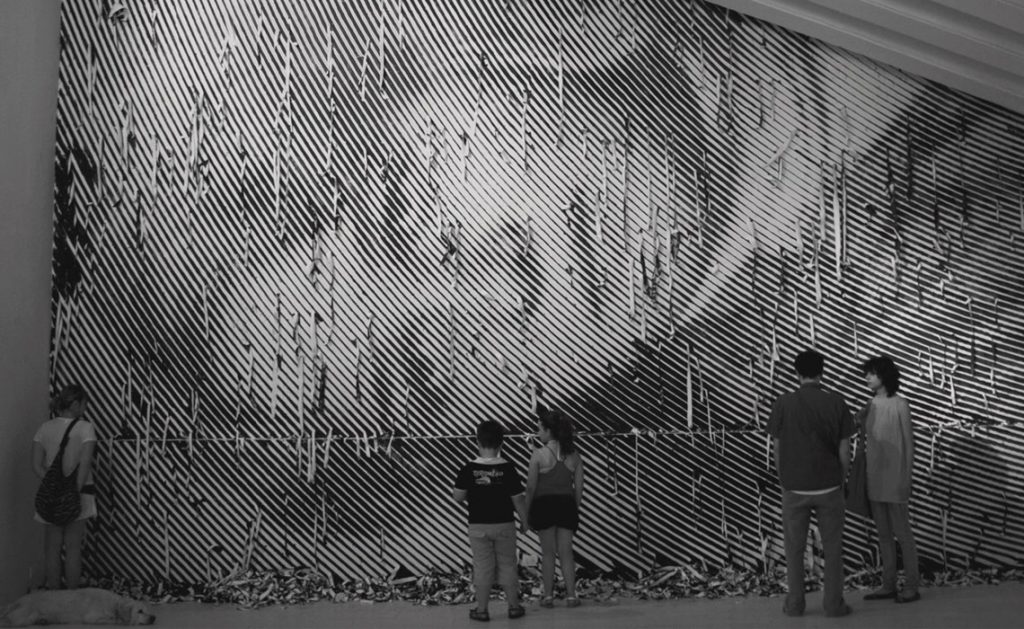 “We are very connected to graphics and printmaking, while not working on multiples, this is what sets our work apart. The destruction of the matrix, sometimes embedded in the work, is the key. The process is important to us.”

Are you familiar with the stencil technique? There are two artists who have contributed to its evolution… To an extent that today they are among the most appreciated in Street Art… To an extent that a certain Banksy wanted them to participate in the famous Cans Festival in London! Obviously we are talking about Sten Lex.

Among the first Italian artists to use the stencil technique as a means of expression, Sten Lex have been working together for over fifteen years. Since the beginning of 2000, the duo, which still maintains its anonymity, has been creating large-scale urban artworks, at first in the streets of Rome and then working all over the world, from London to New York, from Katowice to Baltimore.

Although the first works were rich of pop elements, particularly with the representation of characters from American movies, since 2003 the two artists address their research towards anonymous subjects, recovering an imaginary typical of the 1960s and 1970s. It was at this stage that the technique of the stencil poster, invented by Sten Lex themselves, was born. The process consists in gluing a poster to a surface, the part of the figure is cut (as if to make a stencil) and the matrix is painted over. The paper is then torn off, revealing the final image: the figures come to light through dots or lines, creating a chiaroscuro, recognizable from a distance. The final result looks like an old photograph! The threads of the matrix are not completely eliminated, on the contrary, they remain in the form of floating shreds, organic and primitive elements. Thus unique and ephemeral works originate, naturally consumed by time and weathering.

Sten Lex define themselves as “contemporary engravers“, underlining the manual and artisanal aspect of their production process, inserting the engraving technique, born in the sixteenth century, in a contemporary context, thus giving it a new power in the present.

In 2005 they interrupted the use of the stencil to devote themselves to portraits on sheets of large-format paper, mainly interested in the process of decomposition of materials.

Since 2008 Sten Lex realize their works on the facades of buildings, relating physically tothe city. Their works include the Miss Nor Tronic in Stavanger, and one of the largest stencils in the world, a 700 square meter portrait of a young boy, in Køge, Denmark.

As we said, their participation in the 2008 edition of The Cans Festival in London is strongly desired by Banksy, in which they participate together with 39 big names of street art, such as Hero, C215, Orticanoodles, Vhils, Blek le Rat, Vexta and Btoy.

2013 marks the shift  from large portraits towards complex geometric textures, lines and zig-zags, also using black and white. Sten Lex thus begin a deep reflection on abstractionism, a research that they still conduct today, and which is visible in the works of their last exhibition “Rinascita” (2020) at GAM in Rome.

Supported and internationally recognized as artists of great importance, with works that become a permanent part of museum collections (MADRE in Naples, MACRO in Rome, Farnesina – Ministry of Foreign Affairs collection) Sten Lex continue to amaze the world. Great job!