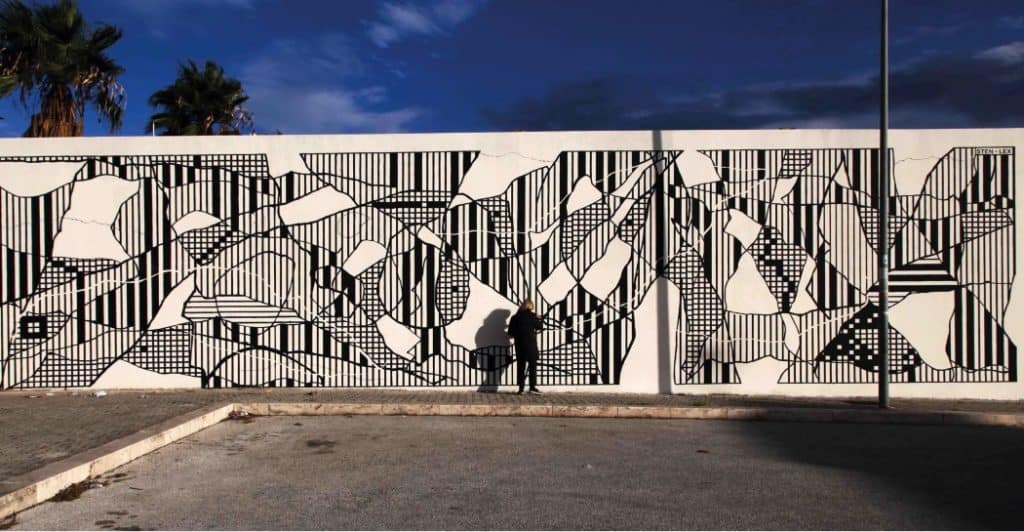 The most famous Italian urban artists in the world are on display in Rome! “StenLex: Rinascita” is the solo show hosted by the Gallery of Modern Art in Rome curated by the Wunderkammern Gallery, in collaboration with Zètema Progetto Cultura and promoted by Roma Capitale and Sovrintendenza Capitolina. The exhibition is part of Romarama’s vast program for cultural recovery after the lockdown and runs in parallel with “Shepard Fairey – 3 Decades of Dissent”.

Unfortunately, the closure of cultural institutions, and therefore of museums, following the worsening of the health emergency, caused the temporary suspension of the exhibition, scheduled from September 17th to November 22nd. However, we are pleased to inform you that the exhibition will be extended until March 28th 2021! An opportunity not to be missed to learn about the work of the artistic duo, with artworks coming directly from our collection!

In the past, Wunderkammern had already exhibited StenLex’s works in exhibitions such as “Matrici distrutte” (2015) and “Confini. Ritagli su carta” (2019), respectively in its Roman and Milan venues. With this article we explain why, in our opinion, you should take advantage of this opportunity and come and visit “Sten Lex: Rinascita”.

“Today the most recognized line of muralism is an ethical line that seeks to educate public opinion on sensitive issues. We travel on different tracks; we are not convinced that art has to explain good and evil. “- Sten Lex

Despite the choice to remain anonymous, we know that behind Sten (= Stencil) and Lex (= Law, from Latin) there are respectively two artists, he from Rome and she from Taranto. The core of their artistic production is research and innovation, which they pursue through the development of techniques in relation to physical contact with the city. This made them the first speakers in Italy of the “stencil graffiti”! Starting from studies in Sociology, their work is initially characterized by the desire to reproduce subjects of rapid recognition, often related to film and television universe. Then, the anonymity of the faces of the 1960s-1970s found in old photo albums and through which they want to involve the public through the mechanism of nostalgia. Finally, the landing on abstraction. The research on retinal perception remains a constant element: their works perform better when viewed from a distance, which allows them to adapt to urban walls as well as to a moving support such as canvas.

Why the term “Rebirth”? The allusion is twofold: on the one hand it refers to the attempted aesthetic promotion of the Italian capital, on the other hand it highlights the renewal, the stylistic invention of which the artists are spokesmen. A constantly evolving style!

For their exhibition Sten and Lex created site-specific interventions in the Cloister of the GAM, based in via Crispi. The subjects of the interventions are a landscape, an industrial sea and two screens, abstract patterns that are inspired and evoke both a television and a computer screen. For their creation, the artists used Stencil Poster, an innovative technique of which they are pioneers, that was born from the union of the two most common languages ​​of street art: stencil and poster. The procedure consists in sticking the poster on the surface of the intervention, engraving it to make a matrix and then apply a layer of paint. When the intervention is outdoor, as in this case, the rest of the work is subject to the action of atmospheric agents, which according to the rhythms of nature contribute to the unveiling of the work, which means to the removal of the matrix. A way to record and to explain to the viewer how time is responsible for the change of all things.

StenLex at the Modern Art Gallery in Rome: the rebirth of art through the comparison between past and present

The uniqueness of this exhibition also lies in the relationship that StenLex’s abstract medium-large format works establish with the museum’s sculpture collection, composed of the great masterpieces of Italian masters of the XIX and XX Century. You will find on display artworks such as Fire Works (2015), Campo Irrigato (2017) and works from the Confini and Segni series (2019), but the most representative work of “Rinascita” is certainly Mare (2019), where freehand drawing fits into the background pattern. Thus, in the internal environment of the Cloister develops the unprecedented dialogue with the Lovers (Amanti) by Giovanni Prini, with the Shepherd (Pastore) by Arturo Martini and the other sculptures. A new way to create a comparison between past and present, between tradition and innovation, an opportunity for a rebirth of art and its languages.

We hope we have intrigued you with this article. While waiting for the museums reopen, you can discover the artists and the exhibition by following us on our social networks (Facebook and Instagram) and stay updated on the news that we look forward to offering to you!