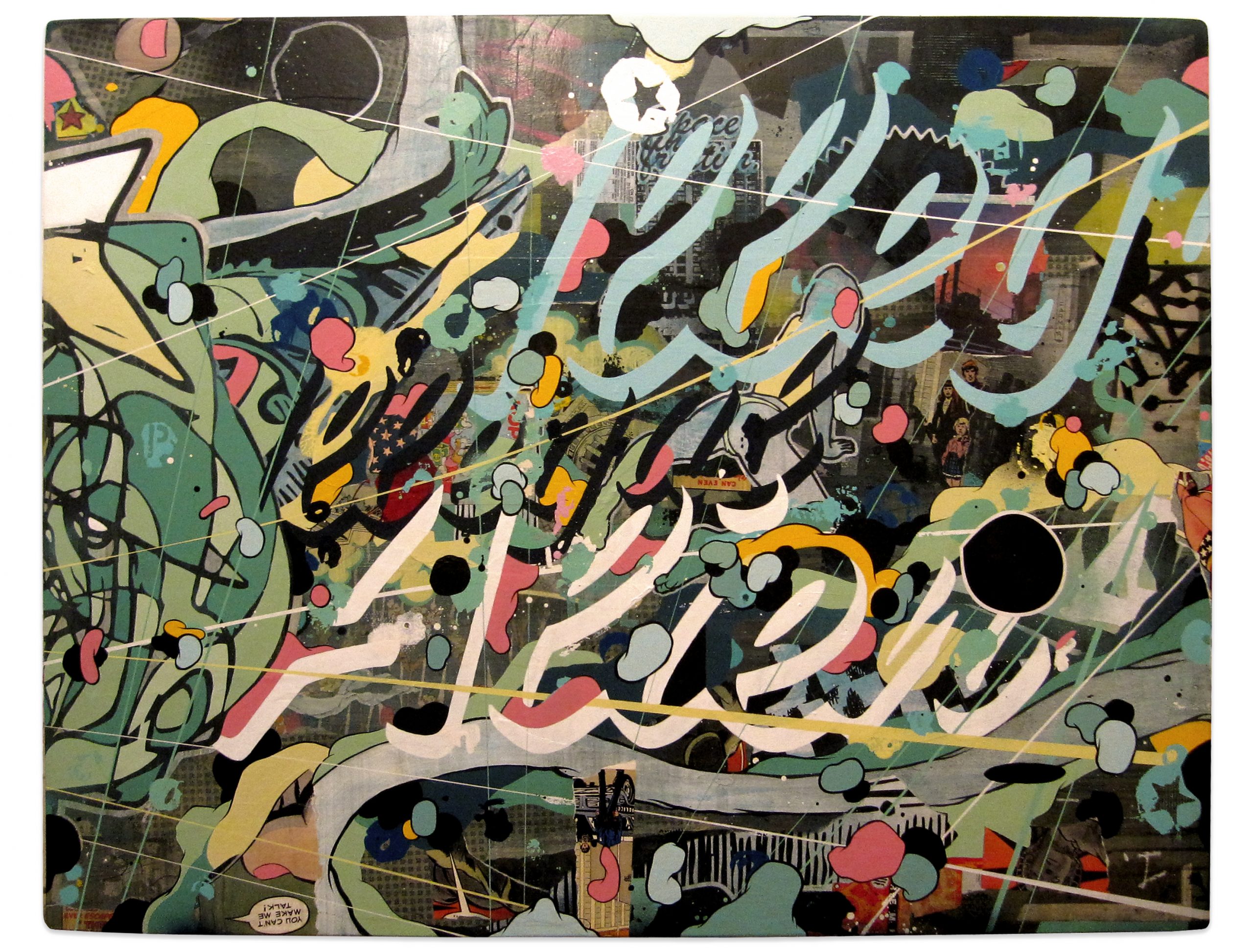 Bo130 (Milan, 1971) – born and raised in Milan in 1971, despite his academic studies – first in Italy at the Liceo Artistico, then in London at the Central Saint Martins College of Arts and Design and a degree in Graphic and Media Design at the London College of Communication – it was ultimately his passion and long militancy in graffiti that led him to become part of an artistic movement, now known worldwide, under the label of “Street art“.

From ’85 to ’98 he changed several pseudonyms before finally choosing “Bo One Thirty“. “Bo130” in the Leet alphabet is read Bobo, the nickname by which he has always been called.
The expression “Bo!” means “I don’t know” in Italian slang and reinforces the idea of anonymity when juxtaposed with a codename: Bo130, BoBO.
Bo130 stands out for being one of the first writers to combine and alternate his tag with an “icon or logo”, in his case depicting a stylised crab.

In the style of the artist Bo130, the influence of the street that began in the 1980s through the different subcultures, such as Punk, HipHop, Skateboard and Soundsystem, is evident.

The fascination they have had in him since his adolescence, with their aesthetics and their message of rebellion, have served as a stimulus for his visual research and the definition of his own personal style. Bo130’s work could be described as a lysergic journey through the memory archive of an alien visiting our planet. His works, while maintaining a common thread, tend to vary from one another in a progressive evolution of forms, style and language; the result is a layered work where different materials, techniques and colours coexist in harmony or contrast, together with an intricate play of hidden dialogues between figures, forms and words, as he himself likes to define “tribal-future-retro“.

Parallel to his personal artistic activity, Bo130 also devotes himself to some special projects and collaborations.

From 1999 to 2002 he was an active member of the collective “Sun Wu-Kung – Hardcore Entertainment” founded in 1999 in Milan by Claudio Sinatti and Painè Cuadrelli, with headquarters at the historic San Antonio Rock Squat in Via Garigliano. The group is made up of various artists, video makers, photographers and DJs; focused on experimental audiovisual production, video art, animation and live VJing; characterised by the unconventional use of digital and analogue techniques.

In 2005, together with “Microbo” and the collector “The Don” Donini, he created the book “Izastikup” published by Drago Arts, the most complete and first book of its kind, a unique collection of the most iconic, “self-produced” stickers from all over the world that have defined an era. Considered today a true “Cult”.

Again with Microbo, with whom he has shared an artistic and personal path for many years, he organised the events “Arteimpropria” in 2003 at Galleria Meravigli and “The Urban Edge Show” in 2005 at Spazio P4; events that anticipated and opened the door to the trend that has now become commonplace of calling artists to a specific location to create site-specific works.

Bo130 has always been interested in bottom-up, community-based projects that induce collaborative behaviour, knowledge sharing, awareness creation through different connections of people, cultures, arts and nature and what comes from their interactions.

Bo130 believes that diversity is the heritage that unites us all.

Bo130: most important exhibitions and publications

His entry into the art world began in 2002. From then on, the interest in his work grew exponentially, taking him to various parts of the world. His works begin to be exhibited in important museums and galleries and to be part of various private collections in Europe and the United States. Since 2003, Bo130’s list of experiences includes more than a hundred exhibitions and projects in Europe and the United States. Already in 2004 he was invited to exhibit at the Museum of Contemporary Art in Genoa, Villa Croce in the exhibition “Empowerment” and at MassMOCA – Museum of Contemporary Arts in Massachusetts, in the project – God Bless Graffiti Coalition “The Interventionists”.

Selection of international publications in which his works are featured