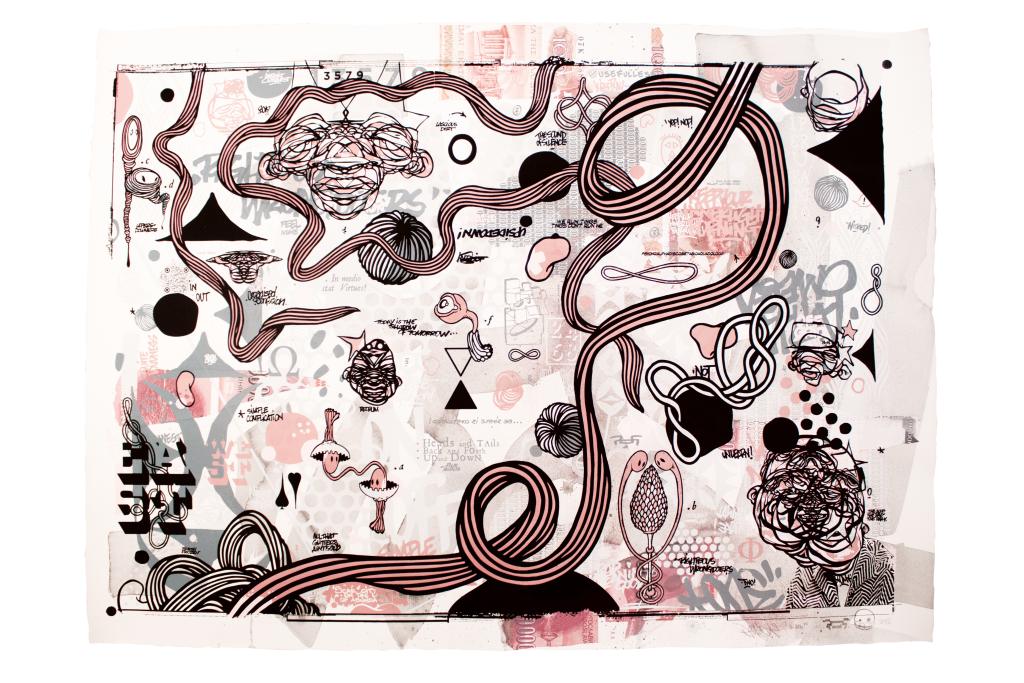 Welcome to our page dedicated to urban art! In this article we would like to tell you about two artists who are part of the history of Italian street art and who boast an artistic partnership that has lasted for more than 20 years, we are talking about the artists Microbo and Bo130.

The works by Microbo and Bo130 that we will talk about today are part of a single series that was presented exclusively on the occasion of the “As above, so below” event which took its name from the entire artistic project.

“As above, so below” consists of a series of limited edition works created jointly by the artists with 5-colour silk-screen printing on 100% cotton Hahnemühle paper. Every single piece is worked and hand painted by Bo130 and Microbo before and after printing. A technique that makes each specimen a unique piece!

The subject of the serigraphs is both the “fluid” imagery dotted with organic creatures of Microbe and the dreamlike and alien visions of Bo130, in which the characters of one mix and transform into the fantastic settings of the other.

The hermetic philosophy in the art of Microbo and Bo130

The very title of the project “As above, so below”, in fact, takes up a passage from Hermes Trismegistus in the famous text “The Emerald Table”:

and what is above is like what is below,

to work the miracles of the One reality.”

In the works of the street artists Microbo and Bo130 no element is privileged over the others: they are all part of a single whole. The hermetic philosophy also suggests to the viewer to approach the artists’ works with a curious and attentive gaze where every element, even the most hidden, has a significant importance. The more you observe the work, the more never-seen forms and hidden details emerge that refer to other universes (the musical one for example😉)

Can’t wait to come and discover the works of Microbo and Bo130 in person? You can find them on display in our offices in Wunderkammern Milan and Wunderkammern Rome, we are waiting for you! 😊