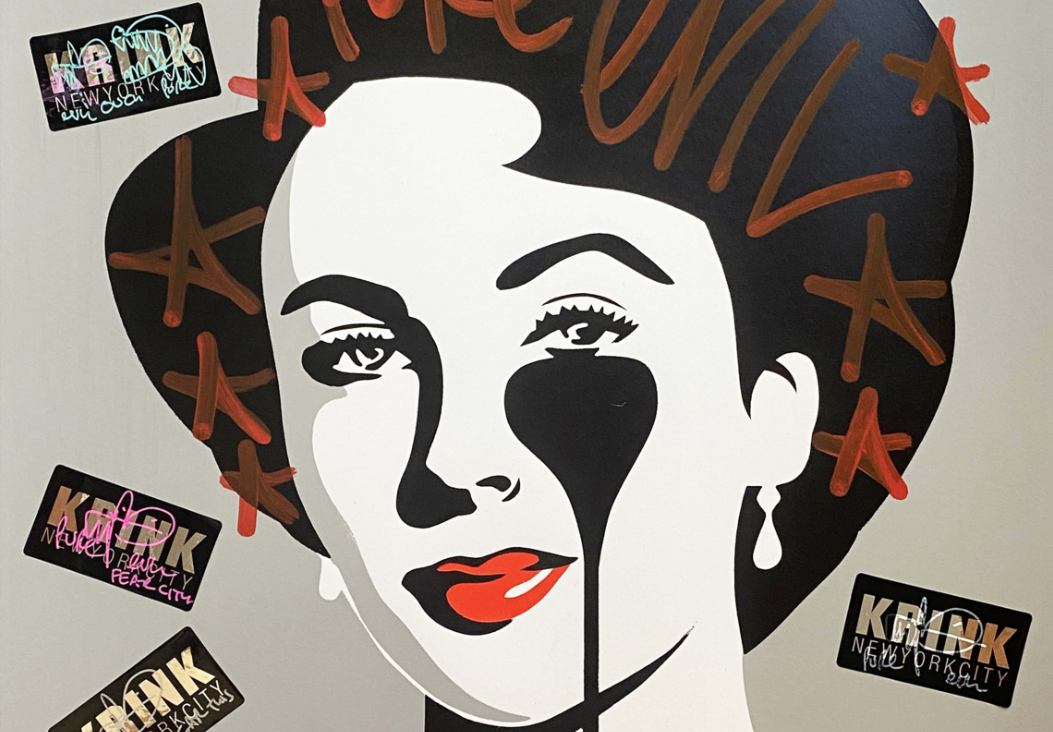 Son of the Welsh painter John Uzzell-Edwards, Charles cultivated his passion for art as a child, coming into contact with his father’s work and being influenced by great artists such as Picasso and Chagall. However, what is decisive for his formation as an artist are Andy Warhol’s diaries and the Pop Art books that Pure Evil read in his father’s library.

Always a fan of skateboarding and street style, Charles moved from Wales to London to pursue his dream and major in fashion and graphic design. The British capital fascinated him, but the place of greatest inspiration for a young artist in the 1990s was California, so a trip of a few weeks turned into a ten-year-long stay in San Francisco. In the States, Charles became one of the designers of the Anarchic Adjustment clothing line and worked as an electronic music DJ. Immersed in a climate of great artistic ferment between music and street culture, Pure Evil was confronted for the first time with West Coast graffiti, which so fascinated him that he started painting himself.

Upon his return to London in 2000, the street artist brought all the experience he had gained in America with him and his tag, a bunny with fangs, began to appear on the streets of the city’s suburbs alongside graffiti by Ben Eine, D*Face, Paul Insect and Banksy. With them he contributed to Santa’s Ghetto, a touring group exhibition that defied the logic of the market and whose first edition was held at The Dragons Bar located in the lively neighbourhood of Shoreditch (London). The exhibition presented a body of work for sale by all the artists represented by the then famous art production workshop POW – Pictures On Walls. It was with POW that Pure Evil realised its first print realise. After the success of the first solo exhibition, in 2007 the artist opened the Pure Evil Art Gallery in Shoreditch on Leonard Street and six years later he opened a larger one that not only promoted his own art, but also became a point of reference for emerging artists from all over the world.

Pure Evil’s art is known for being on the borderline between Pop culture and Street Art: works that join the work of Warhol and Rosenquist with the celebrity culture of the 1960s on the one hand, and silk-screen printing and stencils, techniques mainly used by street artists, on the other. This combination gave rise in particular to Nightmare, the artist’s best-known series. Faces with simplified features of American film icons and public figures such as Marilyn Monroe, Sharon Tate, Liz Taylor and Jackie Kennedy are portrayed with a tear in them to symbolise successful public lives tormented by broken dreams of love. Through this somber iconography, not entirely without irony, Pure Evil aims to explore the disturbing aspects of society, individuals and life in general by reflecting on themes such as good versus evil and the destruction of dreams and utopias.
In 2015, Pure Evil undergoes a distressing experience that leads him to embark on a spiritual journey to Asia with his wife and to the creation of two new series of works: the first incorporates themes and symbols of Asian origin, while in the second, fairy tales and childhood stories intersect with the most vivid memories in the artist’s mind.

The tag of Charles Uzzell-Edwards aka Pure Evil is very often accompanied by a bunny with fangs. His icon refers on the one hand to an unpleasant childhood episode experienced by the artist when he shot a bunny at the age of 10 and on the other hand it is a tribute to his daughter whom he and his wife called Bunny because of a game with rabbits and dragons that they invented.

Pure Evil has exhibited in many galleries worldwide from the US to Hong Kong, from Australia to Brazil and has participated in numerous group exhibitions and festivals. Some of the most recent exhibitions include: Sleepwalking Towards The Apocalypse at VS Gallery Melbourne (Australia, 2018), Pure Evil at Korsbarsgarden, Gotland (Sweden, 2018), Sharpens Steel at Cindy Lisica Gallery Texas (USA, 2018), Murder and Love at CAVE Gallery Venice California (USA, 2017), Dream Baby Dream at Above Second Gallery (Hong Kong, 2017) and Face To Face (with John Uzzell-Edwards) at Tenby Museum & Art Gallery (Wales, 2014). 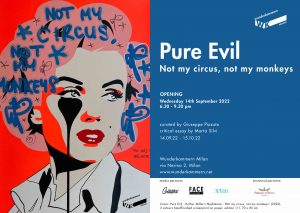 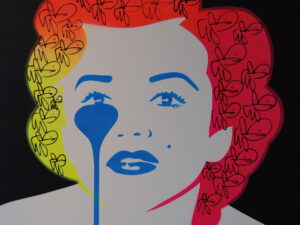