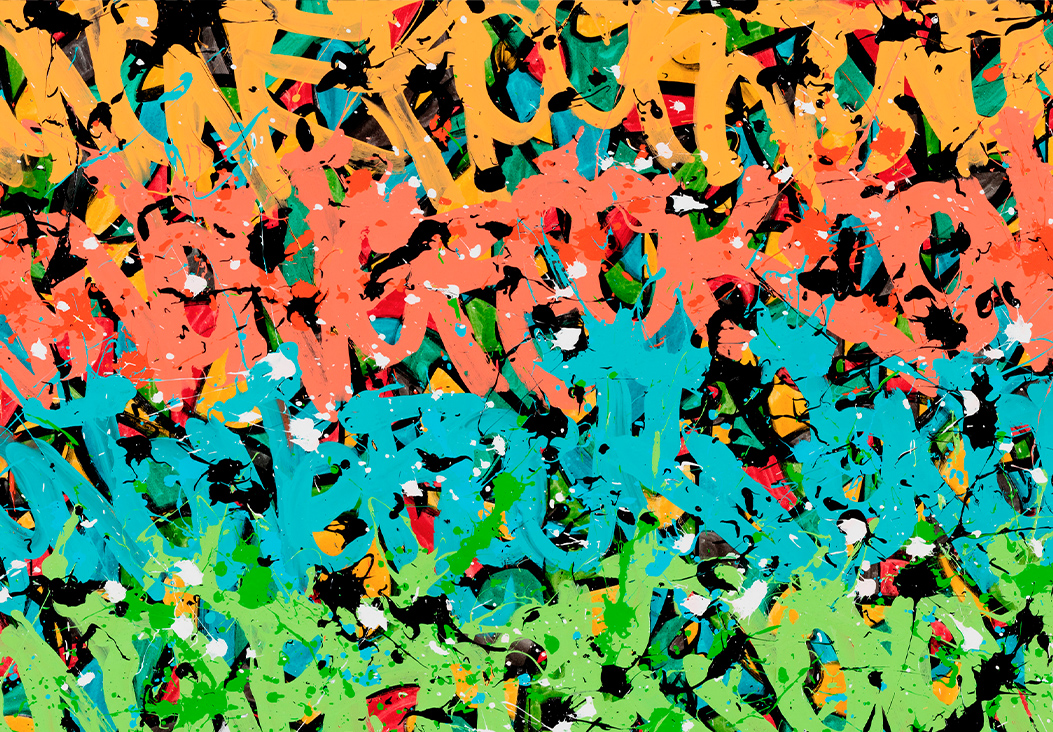 JonOne (John Andrew Perello, 1963, New York, USA) is one of the most recognized contemporary artists in France today, and a key figure in the world of graffiti.

From Harlem to Paris

Of Dominican origin and raised in Harlem, JonOne began doing graffiti on the walls of his neighbourhood at the age of 17 under the name Jon156, and in 1984 went on to establish ‘156 All Starz’, a notorious New York crew. In 1987 he moved to Paris, the city where he currently lives and works, achieving international success with works of Fine Art.

The unique style that defines JonOne’s work, between Graffiti and Abstract Expressionism, derives from the combination of three fundamental elements: calligraphy, colour and the pictorial matter, which together inundate the entire surface of the work. Inspired by the dynamism and vitality of the city, the artist’s works emanate an extraordinary energy, thanks precisely to the continuous intersection of lines and the extreme brilliance of the colours used.

Most important exhibitions and collaborations

The artist is associated with highly artistic and creative collaborations with renowned companies such as Guerlain, Air France, Lacoste, and Perrier.
He has exhibited in important galleries and in prestigious institutions alike, in group shows such as, ‘Born in the Streets – Graffiti’ at the Fondation Cartier and Le Tag Collection Gallizia at the Grand Palais (both in Paris, 2009). On the first of January of 2015, he was awarded the Legion of Honour from the French Republic, and his work Liberté, Égalité, Fraternité was inaugurated at the Palais Borbon, the seat of the French National Assembly.
Some recent shows the artist has exhibited in are ‘Colors of the Uprising’, Fabien Castanier Gallery (Miami, 2019) and ‘Masters’, group exhibition at Galerie Brugier-Rigail (Paris, 2019). In January of 2020 Jonone took part in ‘HAPPY 300!’, a live performance at Victoria Hall de Genève alongside talented musicians Gabor Takacs-Nagy, Fabrizio Von Arx and Chaarts Chamber Artists. 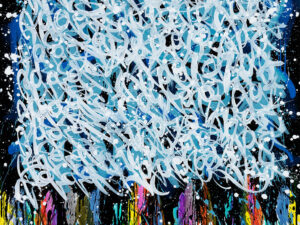 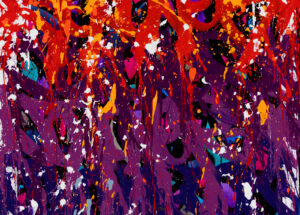 Predictably irrational
JonOne
Milano
from 16th March till 21st May 2016
from Tuesday to Saturday, 11AM - 7PM